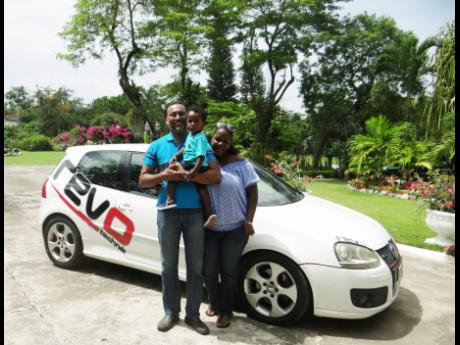 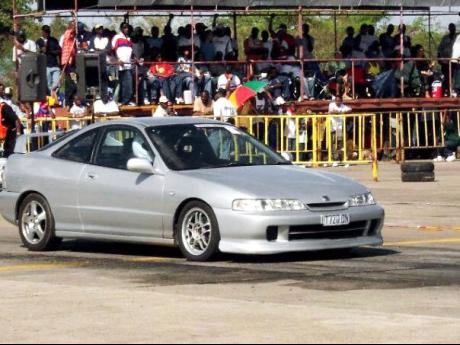 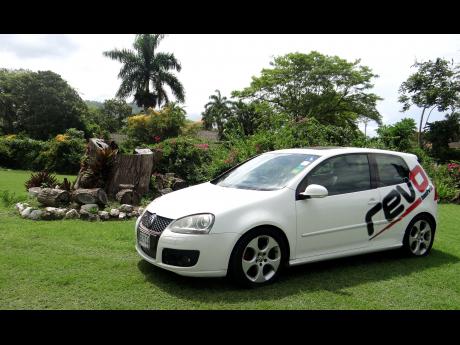 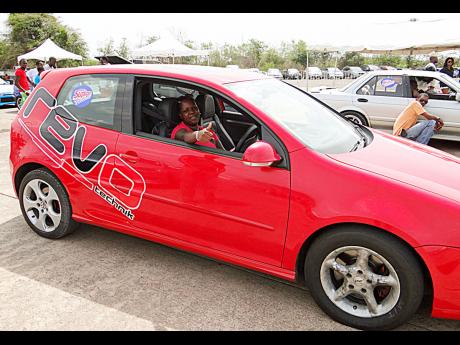 Renee Singh's love for driving started while accompanying a friend to Vernamfield on the weekends. Even though she was only a spectator, there was an immediate connection. "I had a couple of friends who were involved in motor sports and I kept following them to these events in my late teens," said Singh.

The next logical move for Singh, who was 21 years old at the time, was to start participating in these motor events, but she would first need a car. "It was tricky at first because I wanted my parents to get me a car that I could race without them knowing this. So I kept pestering my mother until they bought me a 1996 Honda Integra for my 21st birthday," said Singh.

Despite being told by her mother that the car was not for racing, she started racing it on the track and earned herself the moniker 'Rebel Renz'. Of course, to make her car competitive, she had to do some minor adjustments to the engine. "A good friend of mine at M.A.D. (Murray's Auto Development) did some tweaks to the 1800cc engine to improve the performance," said Singh.

Fortunately for her, the modification was under the bonnet and hidden from her mother's investigative eyes. However, Singh's luck would eventually run out when she decided to race at Vernamfield while a local media house was present. "Things got sticky when I was racing at a meet and CVM TV was there, and of course, me being a female driver, they decided to do an interview. This made the headlines for the sports news, which my parents were watching," a laughing Singh revealed.

The initial reaction from her, mother was a bit harsh, but her father's mellow approach had a strong influence on the matter. "My dad was more receptive to the idea because it was a structured and safe environment. After a while, my mother came around when she was convinced that I was taking safety precautions," said Singh.

Perhaps the biggest motivator for boosting her mother's support was when she started bringing home trophies from races she won. "Even though I have moved out of her house, she still has all my trophies I won with the Integra from 2001 to 2007 and tells everyone how her daughter is a big driver," disclosed Singh.

In addition, the support of her friends did a lot for her self -onfidence when competing in the 15-second class. "The pointers I got from my friends really helped me to be the champion in my class for three or four years," said Singh, who also spoke candidly about her love for racing. "I love the thrill and excitement of competition even though there is always the feeling of anticipation before a big race."

Despite her love for the sport, Singh decided to take a break from racing in the later part of the 2000s, while she focused on her profession as an information technology specialist. During this period, Singh would also have another major epiphany while going on a second date with her now husband Krishna in 2009. "Growing up, I was always a Honda girl, and one night after Krishna and I were coming from the movies, he offered for me to drive his car. It was a 2008 VW Golf GTI with paddle shifters, I felt like I was in Gran Turismo. From that moment, I started focusing on German cars," said Singh.

Not only did the move influence her decision to marry him, but she also decided to buy a white VW Golf the following year. "For a while it was like a 'his and hers' matching set of cars. He had the red one and I had the white. What also made it extra sweet for me was the DSG gear box," she stated.

After a couple of years of marriage and a son, Ethan, who is almost two years old now, she admitted that the desire to race is still there and she intends to introduce her son to racing at a young age. "He's not even two as yet, but he knows how to say 'drive the car'. I'm almost certain he will have a strong passion, and one of the first things his father and I will teach him from very early is how to go about driving safely," said Singh.

- A class trophy retired by JDRA (Jamaica Drag Racing Association) for having won the 15-second class for three consecutive years.

- Over 15 trophies for winning race meets at Vernamfield in drag racing.

For comments or suggestions, email us at autodrivegleaner@gmail.com.