For the love of dirt bikes - The Johnross Daley story 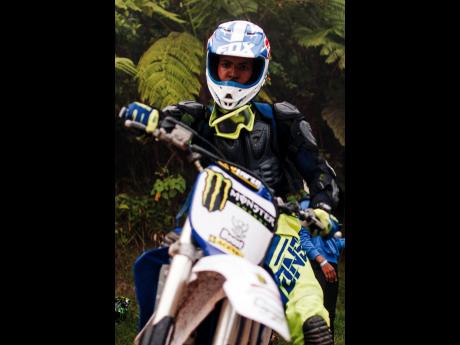 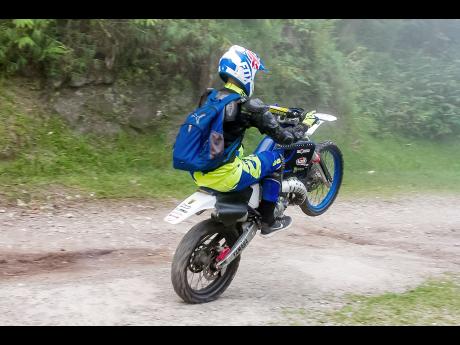 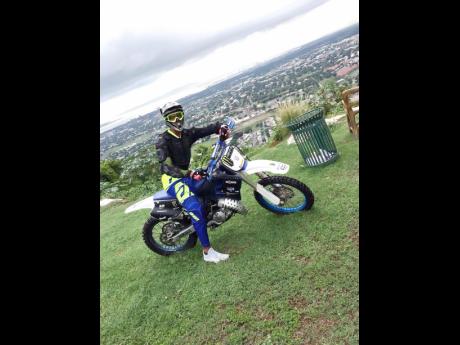 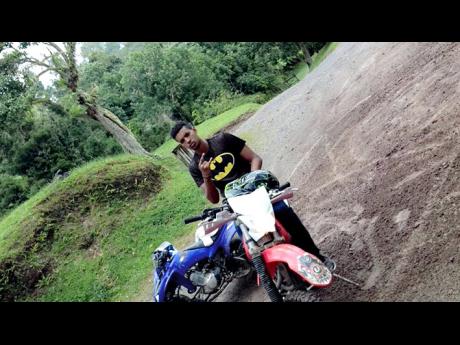 He was just five years old when he mounted his first bike.

"It was a CRF50 - a semi-automatic - so it had no clutch on the handle bar. My father taught me how to ride it. It was the best thing because in that time, which was a hurricane season, we would ride it and check out some places after the hurricane," he said.

Now, while some of his peers use partying as an escape to everyday life, others get lost in art, dance, or even social media, the 17-year-old Johnross Daley says his escape is best felt over the wheels of his dirt bike.

A student at the University of Technology (UTech), the Jamaica College alum recalled how a childhood fascination became his fondest hobby, reflecting that it was simply something that "ran in the family". "My cousin, who lived beside me, had two bikes. Bikes really run in the family. My Uncle Mark (referring to Mark Bogie, dirt bike enthusiast who teaches youngsters to ride in his community) had a lot of bikes as well," Daley said.

"I grew up in the Jacks Hill area, which is real 'country' - perfect for dirt bike riding," Daley told Automotives.

"We are all Jehovah's Witnesses, so we would see each other after church and go bike riding, and I was still young with the same CRF50. After sitting GSAT (Grade Six Achievement Test), I literally begged my parents to get me a bike because that's what I really loved doing, and they got me a RT100, my second bike.

Soon after, his father passed the RT100 to his younger brother, John-Pierre, and upgraded him to a YZ85, which Johnross described as "very, very fast".

"I loved, loved, loved that bike! Every day after school: bike. Sometimes I even faked being sick!" he said with a chuckle. "Even now, I still watch dirt bike videos. Look at my [browsing] history on anything - just bikes."

According to Daley, regularly, he and his uncle Mark and cousins would go on family rides in the Jacks Hill area, where he grew up.

"I started to make dirt bike videos. It was just like anything I could find. Daddy bought a small, cheap camera, and I used it just to put something on YouTube so when I grow older, I can tell my kids that it was me."

He confessed: "I just love bike riding. Some people would say their chill is smoking, some go to parties, but for me, it's just to go on the bike or to watch bike videos. If I feel sad or down, I watch dirt bike videos, or if I have a dirt bike, I just go riding and clear my mind. I am in a different world on the bike."

Daley says attending Jamaica College was, for him, the best fit as while there, "the love for dirt bikes was clearly seen".

He recalls that nearing the sitting of the Caribbean Secondary Education Certificate examinations, he and classmates would go on dirt bike rides to relieve stress.

"I went to the best school for dirt bike riders. Eight guys, apart from me, had dirt bikes, and that number is growing. With the ride-out, all my friends went riding, and it was fun. It was on YouTube also," Daley recounts.

To aid his quest for creating awareness and appreciation for dirt bikes in the local arena, Daley hopes to actualise a rigorous social media campaign.

"If you notice videos on YouTube from countries like the US and other Caribbean countries, the riders are organised and they ride as a group. That's what I want to happen in Jamaica.

"I want dirt bikes in Jamaica to get more popular. I want us to have this special day when all bikes - not just the dirt bikes - do one big ride-out," said Daley.