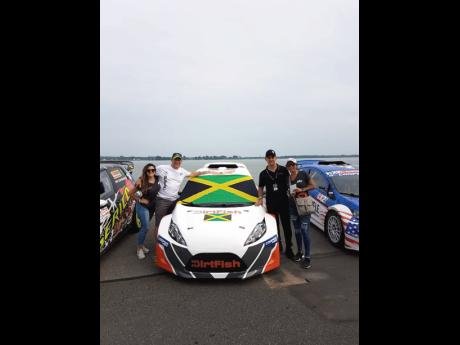 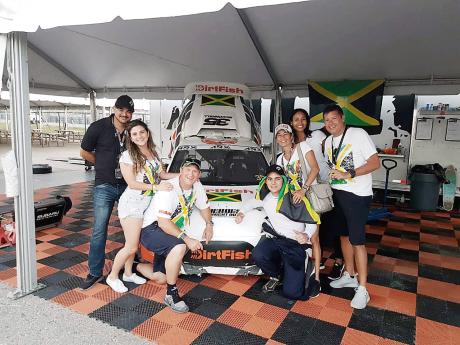 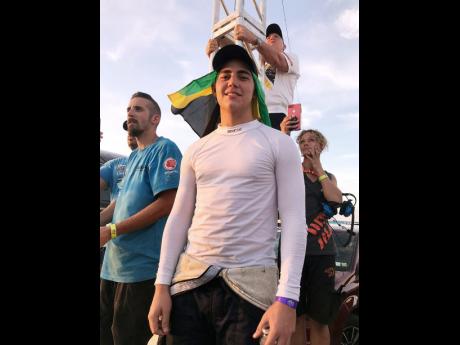 Contributed
Fraser is not ashamed to let everyone know about his Jamaican roots. 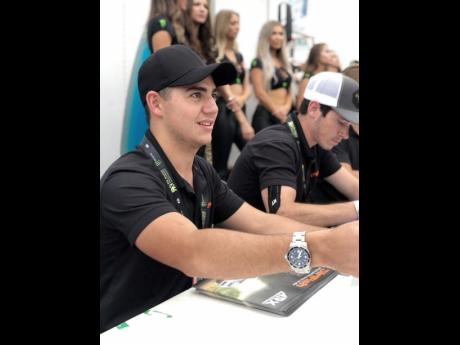 Contributed
Fraser at an autographing session in Montreal. 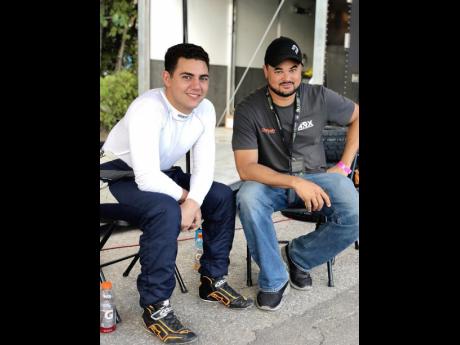 NG Road Racing member and motorsport competitor, Fraser McConnell is only accelerating as he paves his way in local as well as international motorsport. The young man was on the track from early as merely a nine-year-old with a love for engines and motocross. He began seriously partaking in go-karting after viewing his first major go-kart meet in 2008.

"Go-kart was something very new to me and something that spiked my interest, and I thought I could do well in it. So about a month after that, we went out to Palisadoes (Go-Kart Track in Kingston) and started practising," McConnell shared.

From karts to cars

"I finally got my first rally car at the age of 15 and ran it for both dirt and tarmac events. That was a huge jump in my career, and it probably helped me develop into what I am," Fraser revealed as he spoke of his transition from go-karting to rallying. The front-wheel-drive Mitsubishi Mivec was much loved by Fraser: "It had a special place in my heart. It didn't have a huge ton of power but had really great handling, and it was a great starter car for anyone that thinks they'd like to come into the rally world."

McConnell was successful, with the Mivec, in his first rallying competition, taking place in 2015 at a rally sprint in Bog Walk, St Catherine, in spite of an odd-sized engine putting him in a different class than many of his competitors.

Following that, he found more victories as the 2015 Circuit Racing Champion Driver's Champion, as well as in multiple Dover Raceway titles, and in an impressive performance in the North America Tall Pines Rally. Fraser has his sights set on even more major Jamaican motorsport events: "Jamaican motorsport has a special place in my heart. the competition is very serious down here. I will definitely try for any rally or event I can get myself into in Jamaica, and the team will push for it."

However, right now, McConnell's focus is set on the international motorsports circuit.

The 19-year-old is currently highly anticipating his performance in his new genre of rallycross at the Americas rallycross (ARX) championship where he will continue competition alongside the DirtFish Rallycross team. this is after having an impressive debut run on the track recently at the Circuit of the Americas (COTA) ARX event in Austin, Texas.

In differentiating between rallycross and Rally, McConnell states: "Rallycross is a circuit track where the track is mixed with dirt and asphalt and there's at least one jump involved. It's a very short track, very fast race, and it's built to be exciting for both the fans and the drivers. it's a really great spectator sport. It's really high contact as well. In terms of rally, you're just racing it to clock, it's a really long day, and the spectators don't ever really see the car."

In the recent ARX COTA event, McConnell navigated the tracks in the Ford Fiesta standard vehicle for his RX2 class. The four-wheel-drive, wielding 310bhp from a 2.4 litre engine and weighing 1200 kg, is considered the perfect vehicle for rallycross.

"My racing roots in Jamaica have helped me a lot, especially when i was racing in Austin, Texas. I won my first ever race in a rallycross event and won the semi-finals of that day. My team was very happy about the performance," stated Fraser

However, his race meet in Quebec, Canada, was not so favorable as the driver encountered a series of misfortunes. "A lot of bad luck went our way. in the second and third practice sessions, we got a flat tire, which hindered me from learning the track. Then, in the first race, i got sandwiched by two and was pushed into a wall, which made me end the race prematurely. These little things just kept happening to throw me off my game."

These experiences were treated as a learning experience for McConnell, who is not deterred by the setback. "The next time i, am coming with everything. i'm not holding back, so you can expect a more aggressive driver," said McConnell.