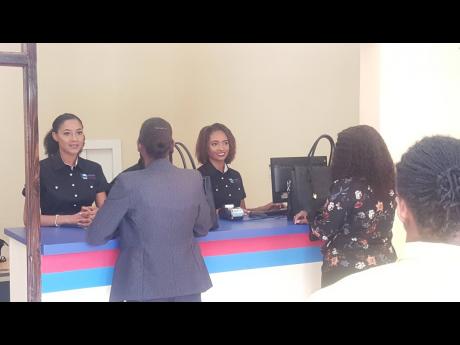 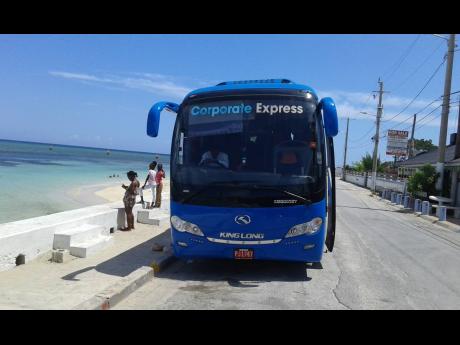 The company states that its most popular route is Kingston to Montego Bay. 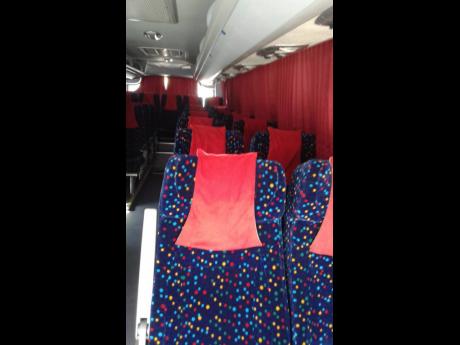 The seats can be reclined to a great degree for comfort. 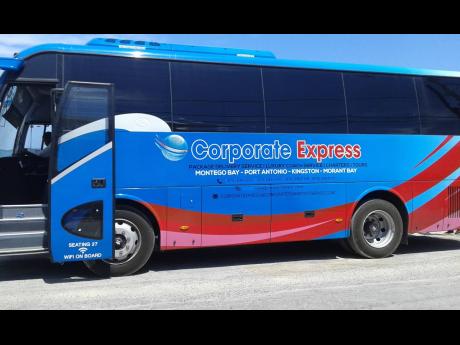 Their coach buses are equipped with 28 seats. 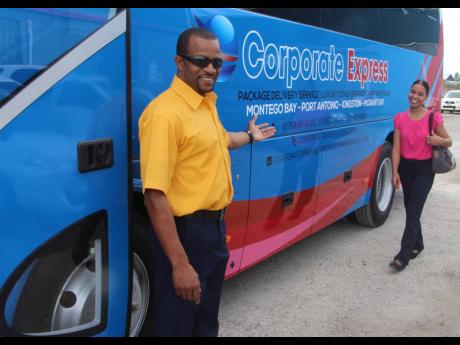 After suffering its fair share of hiccups in its entry into the luxury bus market, Corporate Express, the brainchild of one-time hotelier Constantine ‘Charley’ Hinds, is looking to restructure its business model and make better some of its current offerings.

Part of this plan will include updating its reservation system and website, as well as its cargo service, which Hinds calls “well advanced”. The businessman said he also intends to get bigger coaches to facilitate a more convenient schedule.

The most impressive features of the 28-seater buses are sufficient legroom, adequate seat recline and the amenities of a bathroom and wi-fi, all for a price below its competitors.

But, for Hinds still has bigger plans for his business, and as such, there is also an investment package for persons who want to be a part of the company.

“We have a number of routes we intend to build out over the next seven years,” he said. “It will take time, and for this reason, I have a package for persons who are interested in investing in the business.”

He told Automotives, “Right now. we are restructuring and outsourcing our marketing and reservation systems, trying to become a little more efficient so we can stay in the game until the time of being fully capitalised.”

A consummate businessman, Hinds said Corporate Express was always something he intended to pursue, especially as he noted the trend of ‘loader men’ who nagged passengers, specifically tourists, to board parked vehicles. He therefore started his transportation company with taxis but said it was a deliberate plan to venture into luxury buses.

“We are looking to provide adequate and reasonable transportation to the population at an acceptable price that the population can take,” Hinds said. “We are on a mission, so to speak, and it will take a long time, but we’re just building out.”

Given his background in the hotel industry, Hinds wants his passengers to know that they can expect excellent service beyond the competition.

To do this, he has chosen China-made long luxury buses to manoeuvre local terrain. “We know that the market leaders are well entrenched, and we wanted to have comparable equipment offering the same luxuries at a much lower price.”

Taking you from point A to point B, the current Corporate Express routes are Montego Bay to Port Antonio via Ocho Rios, Kingston to Montego Bay; and Kingston to Morant Bay. Considering financial viability, these routes will continue to grow, according to Hinds.

For obvious reasons, the most popular route is Kingston to Montego Bay. “This route has the largest number of commuters going back and forth,” he said. “They are the two major cities in Jamaica, and there are things that overlap; several businesses are located both in Kingston and Montego Bay.”

In St Thomas, “we leave from the Rubis gas station across from the transport centre to Kingston for $400,” he said. “We have to cater to the demographics; 90 per cent of the people leaving from Morant Bay to Kingston are coming to work,” he noted, speaking to the seemingly reasonable fee.

And thanks to the fact that he operates a full transportation business, Hinds offers a transfer section, where the smaller vehicles are used to save money in the absence of an adequate load. “When you come to our station, we transfer you to wherever you want to go in Montego Bay,” he said. “Those vehicles also have wi-fi in them and a TV. We have to keep adding layers of service to ensure we stand out.”

In time, the smaller vehicles will be marked as Corporate transfers instead of Corporate Express.

And with parking available at the Corporate Express station, families can also take advantage of special packages. Currently, children two years and under ride free, and children and ages two to12, pay a special price of $2,000 for the Montego Bay route.

Corporate Express is also offering a Sumfest package, where patrons can ride directly to the venue for both nights.