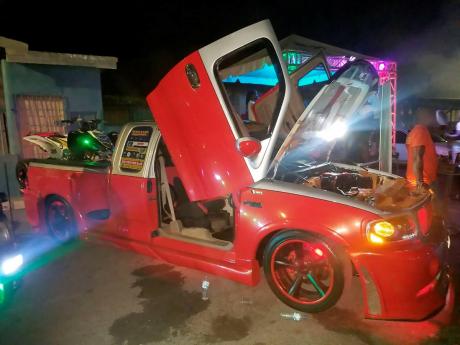 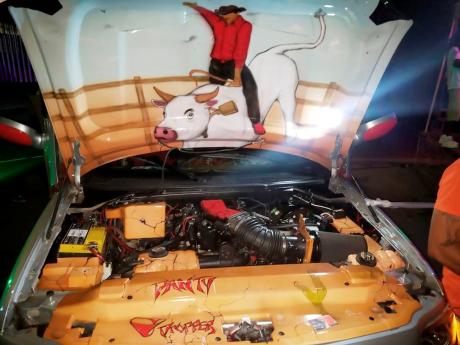 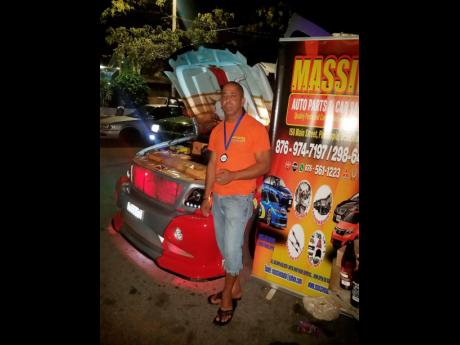 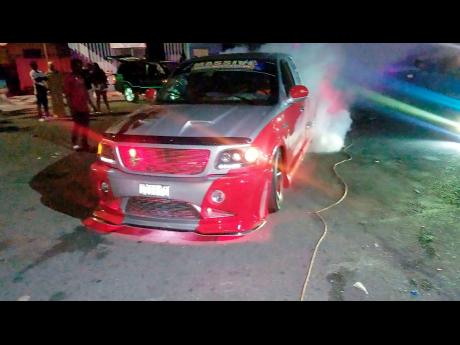 Around Runaway Bay is a massive standout vehicle that is the reality of one man’s passion, fuelled by years of hard work, dedication, and effort. When you see the bright-red Ford F150 with Lamborghini doors, think of the man behind the showpiece – Johnny Watson, a St Ann mechanic.

It all started in 2008, a little over 10 years ago. Watson was inspired by online research and seeing customisations other people had made to vehicles.

“I never went to school for this, I found ideas on the internet and did it on my own,” he told Automotives.

He bought the vehicle second-hand. At the time, it was an average bright-blue Ford with average power.

“I put on a body kit, installed Lamborghini doors, and changed the colour to red,” Watson said.

The red, according to him, represents the flashy nature of the vehicle, a showpiece that is often quite the ‘looker’ at car shows and other outings.

Even before now, Watson had always been fascinated with all things auto as he used to watch his dad work on cars and lawn mowers as a St Ann mechanic himself. He would also attend races at Dover, where he developed a liking for high-performance vehicles and the general world of cars.

“I would say I’m naturally a mechanic,” he said, recalling that as a youngster, his favourite subject was mathematics.

Owned by his brother, Beris Ford, Massive Auto in St Ann is a proud sponsor of Watson and his F150. Watson is also part of the family business and has been employed there for over a decade.

“We sell parts for most Japanese cars, and we sell cars, as well,” he said. Through the sponsorship, Watson is able to enter competitions at car shows and continuously modify the vehicle. He said it is no longer used for everyday outings as it is mostly reserved for car shows and special occasions with his family.

“I have a passion for that van,” he said. “Going forward, I plan to put in an airbag system, as well as some TVs in the back.”

He admitted that the process of customising the vehicle has been a costly one that has seen him shell out millions over the years.

According to him, “ most of the parts are purchased online and then shipped to Jamaica.”

He also mentioned the vehicle’s high-performance supercharged engine, which gives it more speed and power. This was purchased locally and installed by him. The van is also equipped with a powerful sound system, a delight to Watson.

About the reaction to the showstopper that has also taken up a great amount of his time, he said: “They (people) are saying that ‘ this van is really unique; I have never seen one like this before’,” he said. “But I love the attention.”

His kids, too, have taken a liking to daddy’s hot wheels and are adamant that he does not get rid of it.

“I have no plans of selling,” Watson affirmed.

He thanked Massive Auto for their support over the years and said he was committed to the continuous expansion of the family business. But he said that more sponsors would allow him to fully materialise his intentions to take the vehicle to the next level with no limits.