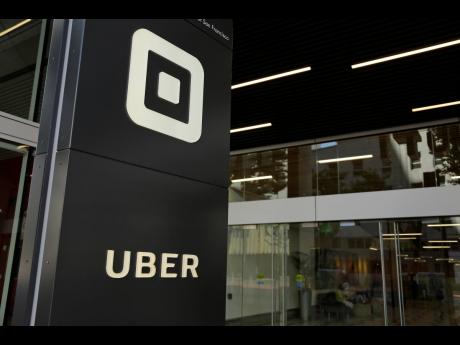 AP
This Wednesday, June 21, 2017 file photo shows the building that houses the headquarters of Uber, in San Francisco. Uber can keep operating in London after the ride-hailing company won a court appeal on Monday, September 28, against the refusal by transit regulators to renew its licence. 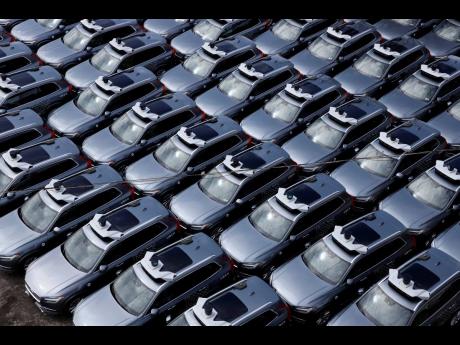 Uber is selling its self-driving-car unit, reflecting the culmination of a rocky tenure marked by ambitions of revolutionary technology, accusations of stolen trade secrets, a deadly accident and government scrutiny.

The ride-hailing-app company has negotiated a deal to sell its Advanced Technologies Group to self-driving-car start-up Aurora, which is headed by Chris Urmson, the former leader of Google’s autonomous vehicle efforts.

The move doesn’t mean Uber is abandoning self-driving cars. The company is investing $400 million in Amazon-backed Aurora and is forming a technology partnership with Uber, while Uber CEO Dara Khosrowshahi is joining the start-up’s board.

The deal reflects an admission by Uber that its once-ambitious self-driving-car division had faltered, burning cash and failing to achieve its goal of revolutionising transportation and boosting profits by removing the need for a human driver.

Launched to fanfare in 2016, the initial Uber self-driving-car technology involved partially autonomous vehicles that were able to handle some manoeuvres on their own with backup drivers behind the wheel. The company famously allowed members of the media to test the cars on the streets of Pittsburgh, where the vehicles made turns in front of traffic without any hands on the wheel.

The company’s plans came to a devastating halt in 2018 when one of its test vehicles struck and killed a pedestrian in Arizona. After an investigation, the National Transportation Safety Board later said the driver was mostly to blame because she was watching ‘The Voice’ on her phone instead of monitoring the road. She was later charged with negligent homicide.

But the NTSB also faulted Uber for failing to programme its cars to predict the movement of people jaywalking and for its decisions to turn off standard emergency brakes on its Volvo test cars.

The Uber crash was widely cited in the automotive industry as a cautionary tale illustrating the risks of transitioning too fast to self-driving vehicles.

With the company’s technology now in Aurora’s hands, the acquirer said it will “accelerate our mission and the delivery of our first product safely, quickly and broadly”.

“By adding the people and technology of Uber’s Advanced Technologies Group to the incredible group we’ve already assembled at Aurora, we’re shifting the landscape of the automated vehicle space,” Urmson said in a statement.

Aurora’s other partnerships include a deal to deliver self-driving-car technology for Fiat Chrysler, maker of the Jeep and Ram brands.

The company’s plan is to install its technology first for use in self-driving trucks.

Aurora, based in Mountain View, California, is led by former Google, Tesla and Uber executives. Aurora also has partnerships with Amazon and auto companies Hyundai and Kia, but its partnership with Uber is its first official relationship with a ride-hailing company.

The deal means Uber will be entrusting a key piece of its future to a three-year-old startup co-founded and run by one of the engineers who launched Google’s pioneering work in self-driving cars more than a decade ago. Urmson was one of the most visible people involved in the once-secret project that Google initially dubbed ‘Chauffeur’, before it was finally spun off into a separate company called Waymo. Google and Waymo remain closely aligned under the same corporate parent, Alphabet.

While at Google, Urmson also worked on the self-driving-car technology with another top engineer, Anthony Levandowski, who defected to Uber in 2016 to oversee its early efforts to build robotic vehicles.

As part of that effort, Uber bought Levandowski’s startup, Otto, for $680 million. That deal quickly disintegrated into a scandal after Waymo accused Levandowski of stealing its trade secrets and using them to help Uber to make the transition from human drivers to autonomous vehicles.

Uber denied the allegations but eventually reached a $245-million settlement with Waymo in 2018 after a few days of testimony during a high-profile trial in San Francisco.