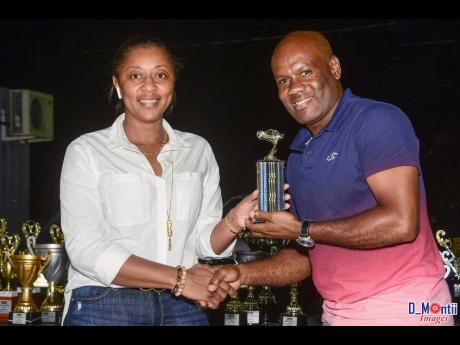 Photo by Donovan Montague
Murray receiving one of his many trophies. 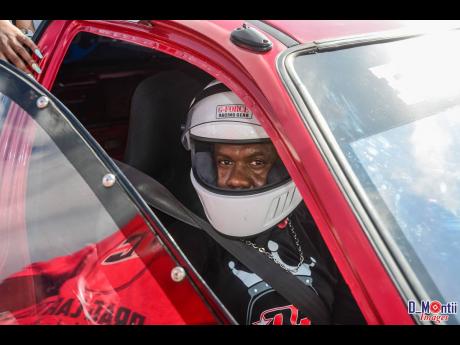 Photo by Donovan Montague
Murray stopping to greet the camera. 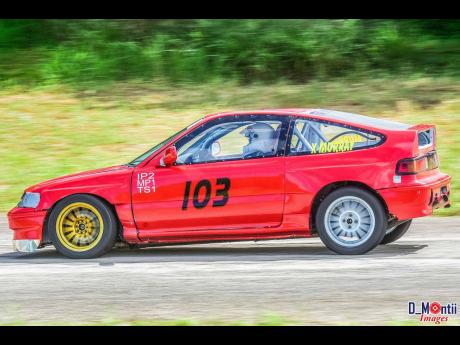 Photo by Donovan Montague
Murray’s Honda on the racing circuit. 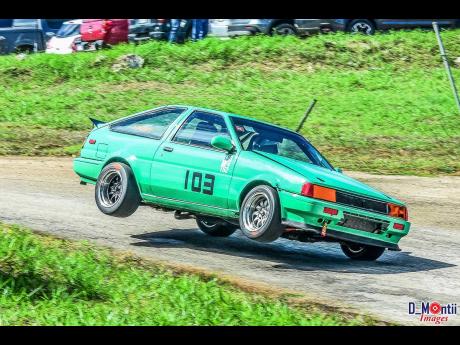 Photo by Donovan Montague
Xavia Murray winning at all cost.
1
2
3
4

Xavia Murray is an accomplished racer and renowned engine builder and his love for racing developed because of his relatives, who had an interest in the sport. “I grew up seeing my father and cousins watching motorsport, so that influenced my decision to embark on this journey.”

Though Murray has taken part in several motorsport events, he highlighted that circuit racing is more relaxing as it gives him the opportunity to make a comeback after an error. “Drag racing takes more concentration than the other events because the race is shorter and there is no room for error. So if you make a mistake, your opponent will be gone, and you would have lost and must therefore pack up and go back home.”

“However, for circuit racing, racers redeem themselves. You can ‘late brake’ for a corner or do something on the following lap to pull away from your competitor. There is no margin for error in drag racing but for the circuit.”

When asked how he accomplishes his dream and remains family-oriented, Murray revealed that planning and making certain matters a priority help him fulfil his duties and responsibilities. “I have to be dedicated and punctual, so if I have an event, I organise and execute what needs to be done to ensure that there is time for the family.”

BEING AN ENGINE BUILDER

He mentioned that his family was also into auto mechanics, therefore his passion to build engines also stems from them.

Murray explained that watching the sports in his former years, and seeing that drivers were importing engines, made him decide to use his talent to create them locally. “Growing up and watching motorsports, I realised that those who were excelling in this field were all importing crate engines and would have the builders come down and set up their cars, but I know that there is talent in Jamaica to make fast and reliable engines.”

“Thus, being the meticulous person I am, I charged myself to change this old approach. So I ensured to cross all the T’s and dot all the I’s when I started racing.

He further revealed that he observed all the crate engines that came into the island and gained all the front-wheel-drive records to build proper engines. “For circuit racing, I used to work on Kyle Gregg’s Honda Civic that he used to race in back in 2010 to 2012. He won against other racers in the same class who had imported engines. Also, up to this point, he has a record at Dover that no one has beaten.”

Murray stated that he wanted to inform racers that they didn’t have to spend a lot of money just to import engines when they could rely on the skills that exist in their country. “It was all about me trying to show people they didn’t have to spend their hard-earned money to import engines because there are skilled persons here who will charge three-quarters of the money used to purchase imported parts.”

He stated that supporting local engineers will not only save more money for drivers, but it is also convenient. “It is cost-effective because if there is a problem with the vehicle, a racer can contact the engineer locally rather than having to go through a big hassle. So I wanted to break that chain or the idea that buying imported parts is better and encourage individuals to support local entrepreneurs.”

SAFETY ON THE TRACK

Murray explained that while on the track, one lesson he has learned is that safety comes first, so proper instruments such as a cage, racing suit, and helmet should be a priority. “If something can be bolted down, don’t use a tie strap to hold it. If it can be riveted, don’t use a piece of duct tape to hold it.”

He also highlighted that racers should make their vehicles as good as can be because that is what will separate them from being at the front of the race or sitting in the vehicle watching everybody else go past.

Murray stated that it feels good to be an accomplished racer and top engine builder because he gets to inspire others who might be interested in the sports to believe in themselves. “You’re going to have haters, so you have to inspire them to up their game, and it’s really a good feeling to inspire others to excel.”

He recommends that individuals not be afraid to try something different and to believe in their talents. “Exceed what is said to be the norm because as Jamaicans, we are really gifted, and once we set our minds to something, it will blossom.”

“Make calculated risks. Don’t be afraid to work out the logistics over and over so that your plan can be properly executed.”