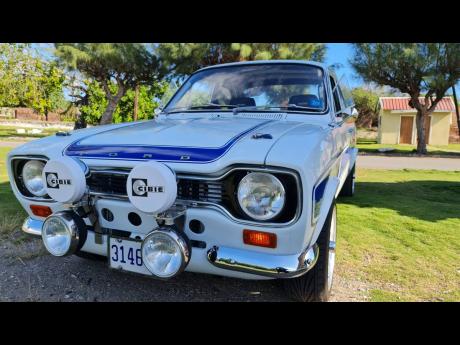 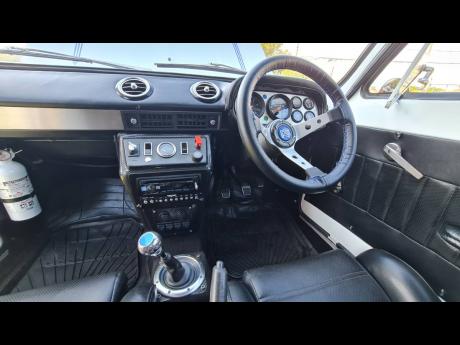 Kareem Latouche
It has been upgraded with amenities such as A/C and bluetooth radio. Kareem LaTouche 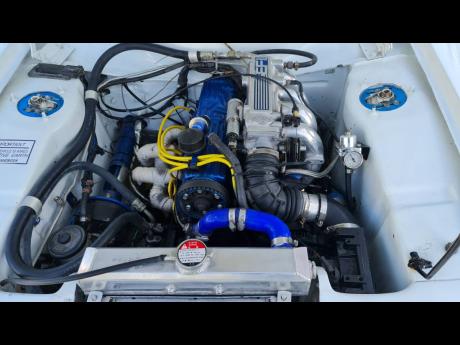 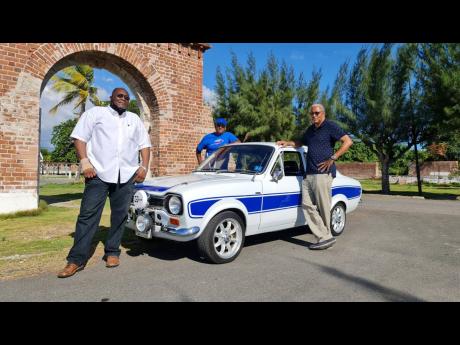 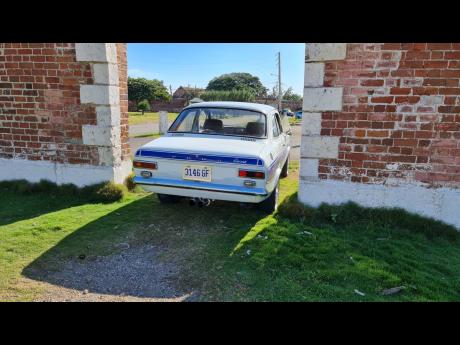 Kareem Latouche
The Ford Escort was once a popular rally car. Kareem LaTouche
1
2
3
4
5

Omar Sweeney’s interest in car restoration developed at a tender age, and this was partly due to his father, who modified vehicles, so he channeled his skill and experience into a favourite pastime. “I would consider what I do as more restoration and rehabilitation of cars, and I don’t fix cars for racing. It is more of a hobby to me.”

The car that captured his attention was the 1969 Ford Escort Mk1, which he transformed from a very poor condition into a model he now truly loves and appreciates. “I took it from a very dilapidated state and decided that I wanted to restore it to the best level that I could.”

He built a replica of the RS2000 because many of them are no longer in existence and they are incredibly expensive in their original form. “When I found the Ford Escort MK 1, I wanted it to be like one of my favourite classic rally cars even though rally cars today are much faster and sophisticated.”

He changed, not only the engine of the MK1 Ford Escort, but also the front suspension to support the heavier weight of the RS 2-litre engine. This also allowed the vehicle to drive faster. “I upgraded the brakes to disc brakes. My car also has a fuel-injection system, which makes it more reliable. It is computer driven, and so the computer would make the adjustment to the engine that’s needed based on fuel.”

Sweeney wanted to enjoy his vehicle, so though he was modifying an old car, he ensured that he added the necessary amenities for his comfort. “My car now has air conditioning, which it didn’t come with. It has a nice stereo system. It has a bluetooth radio as well, so it is very modernised.”

He ensured that both the interior and the exterior of the vehicle were appealing to the eye so that people could admire and appreciate the work he put into it. His fondness for this style of vehicle also grew because he didn’t see anyone else with the design. “I would go to car shows and socialise with people that say they had the car, but I didn’t see one that looked how I thought it would look or should look.”

Sweeney continued: “I have the big four fag lamps at the front. Rally cars have these types of lamps at the front, and if you look at the RS 2000 in its true form, those were the lamps attached to it, but there are some people who only use two or don’t put any at all.”

Apart from the lamps, he incorporated the stripes on the side of the vehicle because he believed it wouldn’t look like the RS 2000 without it. So despite others’ opinions, he took the risk, and he instantly loved the changes. “When people who know about Ford Escort see the blue stripe on my vehicle, they know it’s a RS 2000.”

Additionally, rather than having a lavish and expensive car, Sweeney is more into the origin of the vehicle because that is what makes it unique. “The value of a vehicle is about the history of the vehicle, so all the vehicles I’ve owned had something about them that makes me attracted to it. So I don’t like vehicles because of the pretty colour. Something has to stand out about it,” he said.

While modifying vehicles is a hobby, there has to be a budget because Sweeney believes in seeing a return from his investment. “I have a 9 to 5, which pays the bills, while the hobby makes money move negatively because fixing up a car is not cheap.”

He shared that the value of his Ford Escort is worth more than what he has invested into it over the years. “The key is just to finish, but don’t put more into the car than you can get back. Also, what I’ve been offered for the car is five times more than what I’ve invested.”

Since being a member of the Classic Car Club, Sweeney shared that he has been able to trade with others at a reasonable cost. “Money always has to make sense to me, so I can’t go crazy with it. Trading with members allows you to get parts at a cheaper price than if you bought it internationally.”

Apart from money management, restoring vehicles has also been a stress reliever for Sweeney, and it is an opportunity for him to forget about work and other things. “I like to solve problems, and a car gives me the opportunity to do so. It teaches me a lot about patience and disappointment and other attributes such as collaborating and communicating with people.”