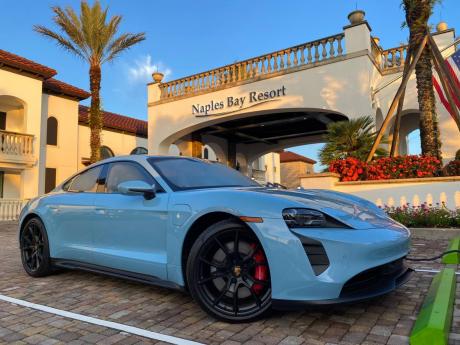 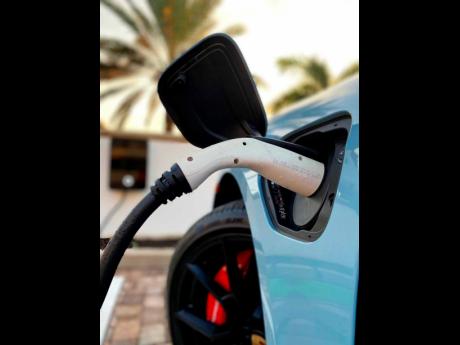 Narend Sooknarine
If you are at a charging station which has a 50-kW DC fast charger it will take 93 minutes to be fully charged, according to Porsche. 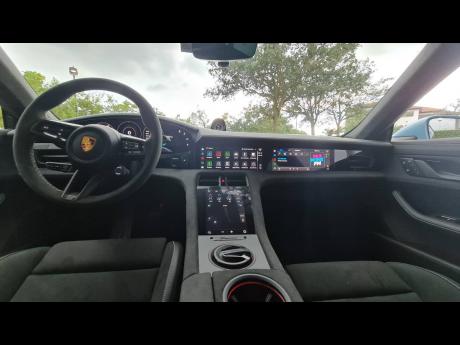 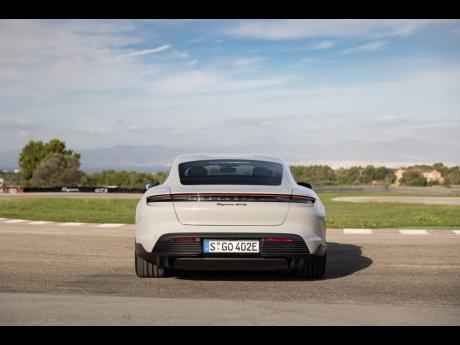 Hendryk Meyer
It pushes out 590 horsepower with 626 pound-feet of torque. 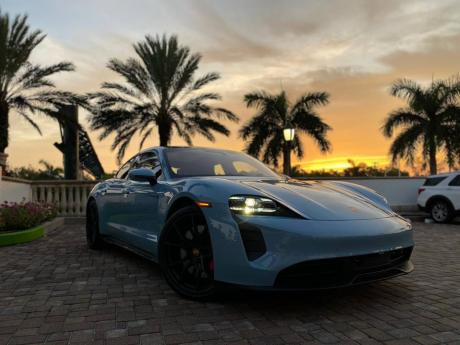 Narend Sooknarine
The Taycan has adaptive Sport Seats Plus with Memory Package.
1
2
3
4
5

Porsche has never failed to incorporate the Caribbean and Latin America in the Porsche Experience events that are held in different countries across the world. The brand seems to be less focused on hype and more on creating meaningful experiences for journalists who love to share their automotive opinioin with readers. “We have a lot of great technology that we want to share with the world and we want to make the experience a genuine one. So we have been giving journalists across the Caribbean and Latin America an opportunity to experience Porsche up close and personal,” Elízabeth Solís, Public Relations Manager Porsche Latin America.

This time around, the company was excited to showcase their all-electric vehicle, the Taycan, a car the company expects to become a flagship model. “This is our first sports car electric vehicle and the power is amazing. In our pursuit for carbon neutrality, we don’t want to compromise the power and speed that our buyers have been accustomed to,” Solis explained.

Even though it debuted in 2015, production wasn’t ready until 2019, as the company was doing all the fine-tuning before making it accessible to the world.

It is suggested that the name has a Turkish origin, which loosely translates to ‘lively young horse’, This is evident as it packs a front fascia that looks like a futuristic version of the 1988 Porsche Carrera, with the elongated bumper, which also gives it a strong jawline.

Adorned in a colour called frozen blue metallic, it sits low to the ground with a clearance of 126 mm, a width of 1,966 mm and broad tyres to grip the road. All this translates to no body roll and driver confidence when going around any corner.

Completing the front view are LED-Matrix design headlights in glacier blue and aero-dynamic vents on each side. Porsche decided to keep the design clean with very few character lines, instead, allowing the sheet metal to take a silhouette that is similar to the Panamera.

There is a panoramic glass roof, which adds elegance to the sport saloon, as it gives the vehicle a two-toned look. Around the back, is a continuous strip of light, which wraps the rear of the vehicle, in a manner that looks sleek. Also, hidden in the trunk is a retractable spoiler, which can be deployed at three different stages: 56 mph, 99 mph, and 124 mph. This is done to influence the vehicle’s drag and helps to keep the rear balanced.

The interior is unapologetically Porsche with Carmine Red seat belts that immediately stand out and the matching red ‘GTS’ embroidered in the head rest. The Taycan then shows off its tech-laden features with digital displays throughout the cockpit. There is a 16.8-inch display for the gauges and two centrally located touch screens that control the infotainment system. This layout serves as a testament to the fact that Porsche is thinking about the future.

The top screen in the dashboard is 10.9 inches and functions more as a computer than an infotainment system. It is layered with features that give information about every aspect of the vehicle, such as the tyre pressure or when last it was serviced. This definitely comes with a learning curve and with its price tag, it is recommended that the driver spends the time to understand how it functions.

The lower touchscreen display, which sits diagonally on the centre console, provides a comfortable position for the user’s hand. This 8.4-inch screen resembles a tablet and tries not to overlap functions with the screen above it. Hence, it mainly focuses on controlling the climate, but can do other useful things, such as show navigation details and open and close the truck.

This is the part most persons are eager about, as the performance of a Porsche is what matters the most. It pushes out 590 horsepower with 626 pound-feet of torque and this has the effect of pushing you back into your seat. The sad thing is that, there is no highway that will allow you to legally enjoy this power, so my suggestion is to find a track.

On any given road it’s going to be a beast, as there is no delay in power due to the electrical makeup. However with this much power there comes a compromise and that is driving range, which is between 199 and 227 miles. If you are at a charging station which has a 50-kW DC fast charger it will take 93 minutes to be fully charged, according to Porsche.

It is clear electric vehicles are the future, as every major automaker is investing millions into developing the technology. Porsche has future proof themselves with the Taycan, as it is well built and functions in a manner that is in keeping with Porsche’s lofty standards.