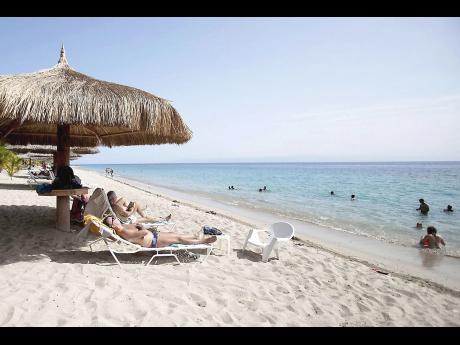 A few days ago in London, The Bahamas prime minister, Perry Christie, told a meeting organised by Caribbean Export Development Agency that the region needed a new formula to maximise investment.

Caribbean Export's message was the same. The organisation's executive director, Pamela Coke Hamilton, suggested that the region had to move on. She indicated that the organisation hoped that when Caribbean heads of government next met they would adopt a draft regional investment strategy that places the economic emphasis, in future, on the areas where the region has competitive advantage and can make relatively rapid and significant gains. These areas include tourism, renewable energy, business outsourcing or, as other speakers suggested, the opportunities that arise out of the region's strategic location or the growing global interest in its blue economy.

Particularly striking was a new regional investment promotional video. In it, successful large international investors operating in value-added and knowledge-based sectors spoke about why they had located their operations in the region, set in part against a background of non-traditional business images of Health City in Grand Cayman, St George's University in Grenada and the innovative Boucan, Hotel Chocolat in St Lucia.

More specifically, in an address that mixed the impromptu with the prepared, Christie suggested that the region did not speak enough about tourism as a generator of economic activity. "Tourism has not matured equitably in our region," he observed. "Tourism and niche industries will be the future engine of growth for most of the 40 million citizens of the Caribbean," he said.

He set his remarks against the now widely accepted recognition that the only realistic way in the short to medium term to create significant GDP growth across the Caribbean - given the high levels of debt and the socially tough fiscal adjustment programmes many countries having to address - is through the encouragement of foreign direct investment.

Mr Christie's comments and Caribbean Export's emphasis on investment in tourism and its allied sectors are of particular significance at a time when significant growth in the industry seems attainable.

PKF also noted that with room revenues rising by 7.4 per cent, largely as a result of a 5.1 per cent increase in average daily rate (ADR), the average Caribbean hotel surveyed was able in 2014 to translate a 5.0 per cent growth in revenue and well-contained costs into a 17.3 per cent increase in their bottom line.

Regional visitor arrivals statistics tell a similar growth story, albeit in a different way. In 2014, 26.3 million visitors chose the Caribbean, a 5.2 per cent increase over the 25 million that travelled to the region the year before. In the first six months of this year alone according to just published figures from the UN World Tourism Organisation, visitor arrivals to the Caribbean increased by 7 per cent, with the highest overall growth coming from the US.

In other words, visitor demand is increasing and if Caribbean governments are serious about returning their countries to growth and economic stability they need to focus much more on tourism and its integration with the wider domestic economy.

They ought also to be thinking much more about what happens when Cuba comes fully in to the US market and about how they intend responding to the rapidly increasing demand from US citizens to visit.

Last winter and spring hotel occupancy in Havana ran at virtually at 100 per cent with room rates increasing accordingly. The implication is that before too long US arrivals will drive the need for substantial international investment in new hotels and allied facilities in Havana and beyond at the probable expense of the rest of the region. So evident has this become that Mexican, Colombian, French, Spanish and many other investors, together with their governments are now rapidly exploring the possibility of working with Cuban enterprises to invest in and manage new hotels across the country.

Cuba's opening to the US also make the strongest case for the rest of the region to diversify the source of their visitors as international and inter-regional competition becomes more intense. Governments with the industry ought also to determine rapidly the relative weight to be given to finding new feeder markets, or creating new niches in existing markets in North America and Europe.

The issue is particularly challenging when it comes to completely new markets as this requires airlift and a host of accompanying arrangements involving airlines, tour operators and other service providers, as well as longer lead times and usually some form of significant financial incentive.

There is also the related unresolved issue that Cristina Jonsson, a tourism lecturer at UWI's Cave Hill Campus, and a UWI management studies graduate, Nicola Harrison, pointed out earlier this year in a paper looking at what Brazilian visitors expect from a vacation. In brief, this found that not enough notice was being taken of visitor motivation when targeting new markets.

As a consequence, Brazilians were not finding in Barbados what they most wanted: loud beach life, spontaneity, adventure, parties, eating out very late, nightlife, and for some in the industry to be able to speak Portuguese.

The implication is that for some destinations there may be more value in identifying the increasingly diverse range of niche opportunities in sub-sectors of the already known European and North American market in areas such as faith based tourism, sporting events, entertainment in the form of music festivals, or in considering a market that remains socially contentious in most Caribbean nations, the encouragement of high-spending visitors from the lesbian, gay, bisexual and transgender (LGBT) community.

If there was ever a moment when Caribbean Governments ought to recognise fully and publicly the strategic and commercial importance of tourism, agree the challenges the industry faces, and encourage on a regional basis new investment, this is it.