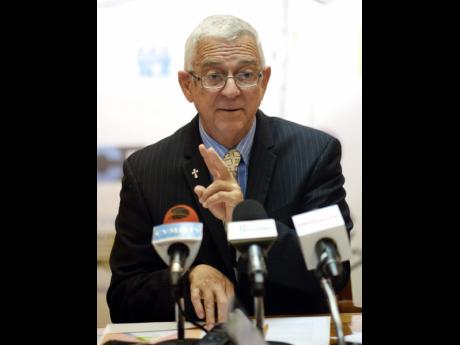 The Ministry of Education (MOE) is among, if not, the largest organisations in the country, public or private sector.

It spends $80 billion per annum that is, $219 million each and every day of the year, of which over 98 per cent goes into recurrent expenditure it services some 2,400 schools, has a large staff, and pays some 25,000 people.

The MOE is responsible for arguably the single most important function in the country the education of the next generation.

And yet it seems strangely ill-equipped, perhaps negligently so, to administer the large flow of funds that it hands out. For example, of the 274 educational institutions required to file audited financial statements with the ministry, only 53, or one in five, actually filed accounts. This suggests that the Ministry imposes little accountability of how the funds they advance to these schools are actually being spent.

There appears to be no follow-up either from the ministry or from the school boards, which really have control of the schools.

Perhaps the ministry should declare each and every school board chairman and bursar in non-compliant schools as unfit to continue to hold these positions. Their appointments certainly should not be renewed. On the other hand, it is an almost impossible assignment to find competent chairmen to act in non-paid positions for so many schools.

The permanent secretary says she has written to these schools requesting accounts for 2014. This column will in due course see what results she achieves. It is implied that there is a substantial backlog in the production of accounts for these schools. The schools apparently do not have the necessary funds for auditing their accounts.

The MOE Internal Audit Division apparently has not conducted a general finance audit of the Ministry. It has conducted one on aspects of expenses each year.

The auditor general (AG) is meant to conduct an annual audit of the Ministry of Education. The latest audit is not to hand, but the AG does not have the resources to audit each school.

The MOE is in a terrible quandary. Its supervision of its finances is terrifyingly inadequate. And yet it cannot hire additional qualified staff to remedy the situation because of the expenditure restraints imposed, presumably by the Ministry of Finance.

As far as can be ascertained, the MOE does not have one qualified chartered accountant working for it. In its 49-person finance division, it has two persons with master's degrees (in accounts?) and 13 persons (more than 25 per cent) found through the Government of Jamaica proficiency interview/test.

The failure of the Ministry of Finance to allow the MOE to hire qualified accounting staff to supervise its finances is a false economy and a major tragedy. In fact, it is a scandal.

Without adequate financial supervision, no one can estimate how much money is being misused by the schools that fail to provide accounts. This column believes that the wastage of funds due to the absence of accountability is likely to far exceed the cost of paying proper accounting staff.

Here is another truly amazing fact from MOE: "The accounting division of the MOE is not able to present a true figure of the sum owing to teachers," it declares. This, it is said, is due to the problems that arise from estimating the costs of the adjustments arising from the educational upgrading activities of teachers.

The operation of the ministry's Human Resource Division is still largely paper-based, although some efforts are being made to change this.

Something needs to be done in the shortest possible time to bring the administration and financial control of the MOE to an adequate standard. The current austerity programme that restricts the hiring of suitable qualified staff may be understandable under an IMF programme, but it cannot make sense when more money may be blown through an absence of accounting controls than it costs to control the funds spent.

It is difficult to blame the ministry for the lack of accountability as it appears it lacks the authority to take corrective measures. Who will correct this frightening and illogical situation?

Other questions arise. How typical is the position of the MOE when compared to other government ministries/ departments? What is the extent of wastage/theft in government departments facilitated by the widespread absence of accounting standards? This column does not sense any major drive to correct this problem.

The Government should be crowding resources into a ministry so large and has such exposure to possible theft and wastage. Is the Government waiting for some massive adverse incident to happen before they respond?