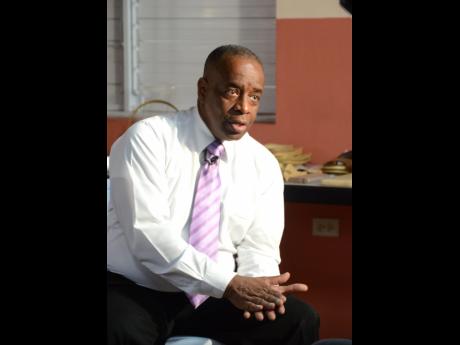 File
Gladstone Rose, director of special projects at the Bureau of Standards Jamaica.

Jamaica has moved a step closer to formalising its bamboo market with the launch of the Bamboo Industry Association (BIA).

The new body, set up under a collaboration between Bureau of Standards Jamaica (BSJ) and the Small Business Association of Jamaica, will start off by creating a growers' association to make use of lands now awash with the crop, as well as to begin planned cultivation.

With more than 67,000 hectares of bamboo now growing amid other trees and some 3,000 hectares of pure bamboo in Forestry Department reserves, the BIA is looking to tap into a US$200 million bamboo furniture and a US$275 million edible bamboo market.

BIA has identified some four-acres of mined-out bauxite lands in Clapham, St Ann, for its first cultivation project.

The project will be done in conjunction with the National Environment and Planning Agency (NEPA), the UWI Biotechnology Centre and the BSJ, director of special projects at the BSJ, Gladstone Rose, told Wednesday Business.

The St Ann lands are ready to be cultivated, Rose said.

The BIA will also "be doing some matching in terms of species and soil and, therefore, we will be using other areas like in Peckham in north-west Clarendon", he said.

The fledgling association is hoping to tap into at least four value chains - edible bamboo shoots, charcoal, furniture and craft, and construction.

The BIA will pull its raw material for bamboo charcoal from the 67,000 hectares now available, instead of looking immediately to cultivate for this, Rose said.

"For construction, we will (also) use what we have, along with planting new species, so that we will have acreages coming in for the future," he said.

Items such as chopsticks and toothpicks will form by-products of the board construction segment.

"Edible bamboo shoots can be a cash crop because you can manage the crop just like sugar cane where you can plan and project and farmers can then get a crop that is exportable," the special projects director said, noting a US$275 million market that is "still growing".

So far, the BIA has identified some 50 farmers with additional acreages ranging from 270 to five acres who also want to tap into the burgeoning industry, Rose said.

Companies such as GraceKennedy, WISYNCO and Desnoes & Geddes Limited, which trades as Red Stripe Jamaica, have expressed an interest in buying bamboo pallets to replace the boards they now import, Davidson said.

The Ministry of Industry Investment and Commerce, in January, identified the 56,000 square feet of floor space at the former Jockey International garment factory at the Haughton Industrial Estate in Lucea, Hanover, as a bamboo production facility.

The association was launched in Kingston on Tuesday.