Big developers split on NHT opting out of low-income market 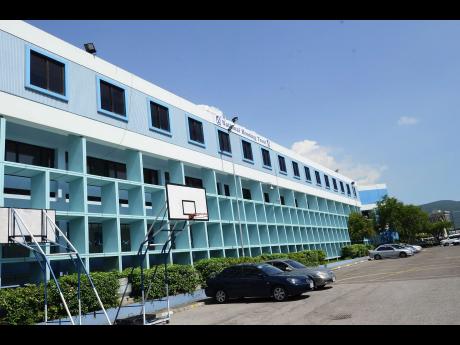 Housing developers Gore Developments Limited and WIHCON seem to be on opposite sides of the fence regarding the suggestion by Caribbean Policy Research Institute that the National Housing Trust (NHT) relinquish its role as developer to the private sector.

Gore Developments chairman Phillip Gore sees the recommendation as feasible, conditional on other sectoral issues being addressed, while WIHCON contends that providing homes for low-income earners, a chief subset of the market the CaPRI report singled out, may not be so easy to achieve.

The developers are two of the largest operating locally. Gore Developments, however, has concentrated, in recent years on the mid-range market with units priced below $10 million, while WIHCON traditionally targets upwardly mobile young professionals with its units priced above $15 million.

Economist Damien King and co-executive director of the think tank said "a gradual withdrawal of the NHT from the direct construction of houses will facilitate competition, forcing suppliers to become efficient".

For King, the poorer contributors, who he described as subsidising housing for the wealthy, since they, more than likely, will never qualify for a home under the NHT's criteria, would benefit from increased private participation. His assumption is that developers will be incentivised by the sheer size of the demand, to meet the housing needs of that market segment.

But while Phillip Gore agrees that the private sector can supply the type and number of homes needed by the various segments of the market, CEO of WIHCON Delroy Alcott disagrees, saying affordability remains a key factor.

"It is not fully true," Alcott said. "In a perfect world, developers should deliver and will deliver where there is profit to be made. But one will need to have in place something for those people who can't afford it.

He said, given infrastructural costs such as sewage, water, and roads, which must be built into developments, private developers could not price houses at the level affordable to the lower income earners, in particular.

"There are a whole lot of things associated with housing, because we don't have our country properly zoned and planned with the requisite infrastructure. So, the house can't come out at the price the poor people can afford - those issues have to be dealt with first," Alcott said.

However, for Gore, King's recommendation is right on the money.

"The NHT should not be involved in developing any type of housing projects and should concentrate on providing mortgage financing to purchasers of projects which are developed and built by the private sector," the Gore Developments chairman said via email.

He said Gore Developments could serve the lower income bracket, if it has access to the same benefits as NHT.

Referencing the NHT's expanded First Step programme, which will see the Trust delivering starter/shell units priced at $2.7 million in Bourkesfield Meadows, St Catherine, Gore said he is "confident as private developers that we can match this price, provided that we are offered the same advantages that the NHT enjoys to arrive at this price".

"Additionally, we believe that we will be more efficient in providing these units on time and within budget without any risk to the NHT," he said.

Gore also proposed that NHT extend its mortgage loan terms from the current 30 years to 40-50 years, saying it "would allow the minimum wage contributor access to a starter home priced at $2.7 million to $3.3 million with very little increase in the monthly mortgage payment".

Gore Developments, which itself will break ground shortly for a starter home project in Old Harbour, suggested the NHT provide its' contributors "who wish to purchase more than a starter home, the option of their accumulated credit being applied to the selling price of that unit which would bring the net amount on mortgages to a more affordable level".

Alcott says that if the private players can only deliver low income homes if they get the same incentives as the NHT, "then the NHT could well continue to produce it".