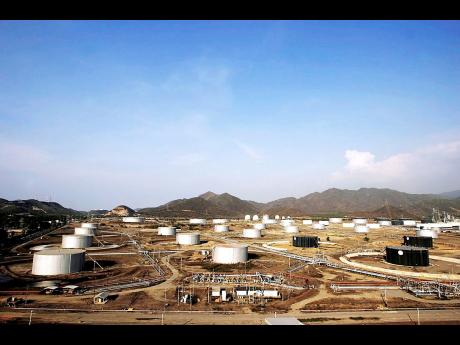 A little over a week ago, Caribbean and Central American leaders met in Washington to discuss an extensive programme intended to diversify energy sources in the countries of the Caribbean Basin.

Although not specifically aimed at lessening the region's reliance on Venezuela's concessional PetroCaribe arrangement, the policy framework agreed on may lead inevitably to that outcome.

This is because what is proposed is designed to enable, with United States, multilateral and private-sector support, the eventual delivery of an energy transition away from the present reliance on oil to generate electricity, at a time when the global environment for hydrocarbons is changing and oil prices are low.

At the May 4 summit, the chair of the meeting, US vice-president Joe Biden, conscious of regional political sensibilities, put it rather differently. He said that the US wanted to see the countries of the Caribbean Basin become energy secure, generate opportunity, attract foreign investment and grow an outcome that he said would be in the US's interest.

Although US officials say that the event was not connected to existing PetroCaribe arrangements, they made clear that the need for rebalancing the region's energy matrix, the impact of falling oil prices, and changing buying patterns in the region, provided a backdrop to the discussions.

The view reflects reports in leading petroleum trade publications, which note that in recent weeks that a number of Caribbean and Central American countries, including the Dominican Republic, Jamaica, and Nicaragua, have begun to tender for crude shipments from the US, in a reflection of the changing economic dynamics of the PetroCaribe arrangement.

The background, industry analysts suggest, is that for as long as oil prices remain low, the value of the long-term loan and development component of the concessional arrangements offered by Venezuela are less attractive.

They also point to a growing awareness that for the foreseeable future, the promises made by President Maduro and his predecessor to undertake extensive energy and tourism-related investments across the region, as well as other infrastructural developments, are unlikely to be possible to finance as a result of the country's huge indebtedness, falling oil production and declining revenues.

The US-Caribbean Central America Energy Task Force report does not mention the Venezuelan programme, however. It notes instead that while there are similarities in the energy challenges facing the Caribbean and Central America, there is great diversity in the possible solutions.

OTHER USES for income

More judgmentally, it observes that if the Caribbean had diversified its energy sources earlier, the volume of GDP and foreign exchange spent on energy imports over the last decade, when oil prices were high, could have otherwise been directed at alleviating poverty and adapting to climate change and se-level rise.

Looking ahead, it notes that the majority of Caribbean countries face crucial choices within the next few years, and that 'a large wave of energy infrastructure investment' will be required 'to replace ageing, inefficient power plants with more modern, efficient alternative energy options, while increasing the available generation capacity'. The next step, the task force proposed, is for the countries of the region and donors to agree to establish a priority list of clean-energy projects.

In response, the summit endorsed the report and confirmed that support for the Caribbean and Central America would include the US issuing licences for the export of liquefied natural gas; encouraging investments in renewable energy; providing a clean-energy finance facility to encourage regional clean-energy investment; making tourism, the sector that is the largest energy user in the Caribbean, more green; helping to build local capacity to achieve energy-transition goals; and a number of specific measures, such as supporting, in future, the government of Guyana in strengthening the management of its upstream petroleum sector.

The meeting also confirmed, in comments made by some of the participants, the ways in which future thinking about the energy matrix in a number of countries, including the Dominican Republic, Jamaica, and Guyana, had changed.

For example, Trinidad's Prime Minister Dr Keith Rowley made it clear that he believed that renewables will make a major future contribution to the region's energy security and said that irrespective of his country's substantial oil and gas reserves, the republic intended, by 2031, on generating up to ten per cent of its needs, most likely from wind and solar. He also noted that CARICOM was aiming at a 47 per cent target for power generation from renewables by 2027.

One country not present, although President Obama had personally extended an invitation when he visited Havana in March, was Cuba. Although this was almost certainly a reflection of its symbiotic relationship with Venezuela, it too has in the last few years been heavily engaged in diversifying its energy matrix.

This has variously involved the country sourcing oil from alternative suppliers in Africa and the Middle East, while spending time on studying and seeking international investment in renewables, largely involving wind power, biomass, solar and hydro.

The summit and the joint report confirms the sea change that has occurred in the last few years in the region's thinking on energy security.

Only recently, as indebtedness has climbed, in some cases to stratospheric proportions of GDP, and countries have undertaken socially difficult IMF-led fiscal adjustment programmes, has reality taken hold; causing governments to become fully engaged with the US, the EU, donor organisations and development banks to seriously consider alternatives, despite the need to diversify out of oil being clear for many years.

Whether the future of PetroCaribe was or was not the background to the summit, and irrespective of Central America and the Caribbean's mainly good relations with Venezuela, common sense ought now to suggest that building up long-term indebtedness and energy dependence on oil with a country in turmoil, unable to meet its own oil production and domestic power requirements generation needs, is likely to have a far from positive future outcome.

As a low on no carbon emitter at risk from global warming and sea-level rise, the Caribbean has been strenuous and successful in demanding internationally, reductions in greenhouse gas emissions. Despite this, most Caribbean nations largely remain dependent on oil for power generation.

The policy framework agreed in Washington and the road map proposed potentially enable the Caribbean with external financing to demonstrate its green credentials by changing its energy mix. If followed through on what is proposed ought to enable the whole region to better balance its sources of supply and enhance its long-term economic competitiveness.

David Jessop is a consultant to the Caribbean Council. david.jessop@caribbean-council.org.