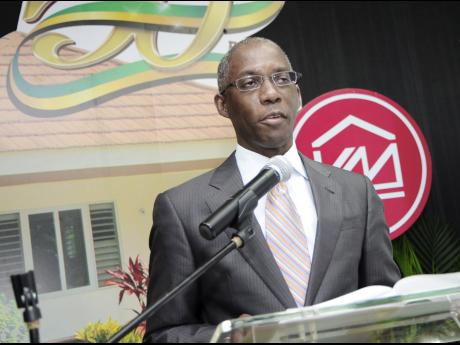 The partnership was cobbled after their United Kingdom (UK) banker gave notice that it would cease to do business with the Jamaican societies, both of which have operations in

"Both VMBS and JNBS serve the largest number of members combined in the UK and, therefore, both financial institutions thought it best to approach this aspect of the matter jointly," senior vice-president and chief operating officer at VMBS Peter Reid told Sunday Gleaner Business via email.

The move is further aimed at reassuring "our affected members that we are both working to ensure continued funding of their UK accounts", Reid said.

He said both institutions also sought the advice and support of the Jamaican High Commission in the UK and were encouraged to take a joint approach.

The mutual and building societies have been operating in the UK for three decades. The facilitators correspondent banking arrangement with the UK partner has, however, come to an end "following the bank's decision to terminate its relationship with financial institutions in the Caribbean and Latin American regions", JNBS and VBMS said in a joint press statement.

Neither institution named its banker.

"We are still in the process of negotiating the termination date of the relationship with our banking partner. As such, out of an abundance of caution, we feel it best not to name the institution at this time," Reid said.

Leon Hamilton, chief representative officer at JNBS, said the similarity in the impact on both entities warrants a joint response.

"Both JNBS and VMBS recognise the impact this will have on their members and the wider implications for funds flowing to Jamaica," Hamilton said.

International banks have been shedding their Latin American and Caribbean banking relation-ships as a de-risking strategy, which largely turns on concerns about money laundering.

To serve the hundreds of pensioners that access their services monthly, both JNBS and VBMS will continue to allow standing orders, or electronic funds transfers, and are further finalising other arrangements to allow their members continued access to their services.