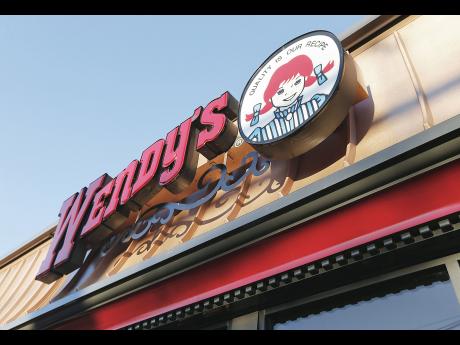 Wendy's is the latest major fast-food chain to report weaker-than-expected sales growth, with the hamburger company saying people aren't dining out as much because it got even cheaper to eat at home.

The chain, known for its Frosty shakes and square burgers, said Wednesday that sales edged up 0.4 per cent at North American restaurants open at least 15 months in the second quarter. Analysts polled by FactSet forecast a 2.4 per cent increase.

Wendy's CEO Todd Penegor said during a conference call that customer traffic across the fast-food industry slipped starting earlier this year, as the price gap between eating at home and dining out widened.

That's because lower commodity costs have kept grocery prices down, while restaurant chains may maintain or raise prices as they deal with costs for running their businesses and try to improve profit margins.

The results from Wendy's follow disappointing sales from other chains, including McDonald's, Burger King, Dunkin' Donuts and Starbucks. The other chains have cited a variety of reasons, including the political uncertainty created by the presidential election, for their performance.

During the Wendy's conference call, an analyst asked whether the company had any hard data to show people were staying home because of lower grocery prices, or if executives were relying on their gut feeling.

Penegor responded that it was "some gut, and some science," illustrating the difficulty for companies to diagnose what may be holding back their sales.

For the year, Wendy's lowered its sales growth forecast to between one per cent and two per cent at established locations. That's down from its previous prediction for three per cent growth. The measure is a key indicator because it strips out the volatility of newly opened and closed locations.

In the meantime, restaurant chains are also taking advantage of lower commodity costs to attract customers with promotional deals. Wendy's, for instance, has been offering a '4 for US$4' meal combination, even as it tries to step up the image of its food and command higher prices.

Wendy's also said the lower commodity costs helped it improve its profit margin during the quarter.

For the quarter ended July 3, Wendy's earned US$26.5 million, or 10 cents per share. That was a penny better than expected, according to Zacks Investment Research.

Revenue fell to US$382.7 million from US$489.5 million, mostly because the company has been selling back restaurants to franchisees. Wendy's Company said it's still on track with plans to lower its company-run restaurant ownership to about five per cent of the total system by year's end.