David Jessop | The changing face of the Caribbean 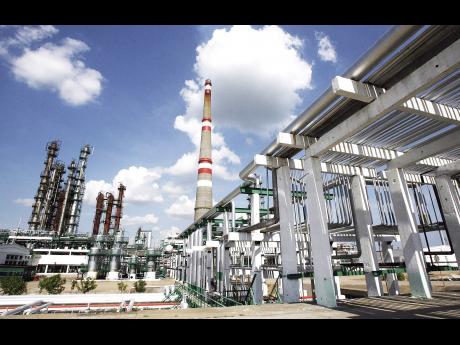 AP
This file photo shows the Camilo Cienfuegos oil refinery in Cienfuegos, Cuba. There is currently is an interest in onshore oil and gas in the Dominican Republic and Haiti and the possibility of exploitable new onshore finds in Cuba.

Over the next 10 years, it is likely that the ways in which we all think about the Caribbean will change radically.

Oil and gas discoveries in countries once seen as being at the margins of the region; deep-water ports offering close access to the enlarged Panama Canal; consequent opportunities to become a manufacturing and assembly hub for the Americas; the continuing development of tourism; and the region's expansion as a well-regulated offshore financial services provider all

They imply a migration in the Caribbean's economic and political centre of gravity to those nations with clear plans to take advantage of their human and natural resources and their location.

They are developments that make the case for the region to be more confident, outward looking, better able to make a positive case in the world, and to begin to encourage new thinking at home about what lies just over the horizon.

Unfortunately, as matters stand, few Caribbean leaders in the anglophone Caribbean, whether in government or in opposition, or in much of institutionalised academia, yet see the region in this way or try to analyse the implications. Instead, it is more common to hear repeated the rhetoric of the past of disadvantage, exploitation, and colonial legacy.

While there will always be a strong case for stating the historic social wrongs that the Caribbean has suffered, at issue now is how to balance this objectively with what lies ahead, leaving behind the politics of mendacity by changing the nature of the region's discourse.

A number of material factors make the case for being positive.

It quite possible to imagine, a decade from now, several nations with small populations becoming energy rich net exporters of oil and gas, with problems associated with wealth that hardly anybody in the region or beyond has previously given much thought to.

This is not to downplay the present low price of oil, but to emphasise that present interest is occurring at a time when every oil and gas company has cut back on its expenditure, suggesting that the Caribbean Basin offers an interesting long-term stable prospect.

As matters stand, oil, and in some cases gas, has been found in exploitable quantities off Guyana, Suriname, French Guiana, and Belize.

In the case of Guyana, the finds there by Exxon, which it has described as 'world class', are significant enough for the government to be looking at the creation of a sovereign wealth fund.

Beyond this, huge sums are, or are likely to be, invested by major oil and gas companies from the United State, the United Kingdom, China, Russia, Australia, and elsewhere in prospecting off the coasts of Barbados, The Bahamas, Cuba, Jamaica, the Dominican Republic, and elsewhere, in addition to further exploiting Trinidad's maturing oil and gas reserve.

Moreover, there is an interest in onshore oil and gas in the Dominican Republic and Haiti and the possibility of exploitable new onshore finds in Cuba. In addition, there is the real prospect, when delimitation talks between Cuba, the US, and Mexico conclude on an area with acknowledged deposits of oil and gas in the Gulf of Mexico known as the Western Polygon, that exploration will begin there.

Where oil is discovered, huge infrastructural investments follow. For example, in the case of Guyana, where Exxon says that it plans to exploit its discovery in 2020, the government has said that it will establish an onshore oil and gas facility, and will, with local and international investors, develop the infrastructure needed for a logistics and supply base. It, together with the wealth that will flow, is also considered likely to trigger other long-considered investments relating to port development, road infrastructure, and closer links to Brazil.

Such finds, of course, bring challenges, for example, relating to security or corruption. They also raise questions about the industry's compatibility with tourism and fisheries and make clear the need for sound legal and regulatory frameworks and for civil society to be more closely engaged in the process.

A second reason to be positive about the outlook for the region is the opportunity offered by the opening of the enlarged Panama Canal in June this year.

As port developments in Jamaica, the Dominican Republic, The Bahamas, and Cuba demonstrate, the northern end of the Caribbean is moving not just to become a transhipment centre and logistics hub for hemispheric and international trade, but over time will be able to attract assembly and manufacturing operations, if astutely promoted.

When it comes to tourism, it has almost become a cliche to refer to the Caribbean being the most tourism-dependent region in the world. That said, within the expression and its implication of over-reliance, lies opportunity.

Through investment, improved marketing, and global international positioning, there is a real prospect of increasing the value of the industry by moving it to a higher level in terms of facilities, service, cuisine, and perception. As a relatively mature industry, what it now needs is value to be added in ways that those who work in it, who own it, and who tax it all benefit.

Likewise, there is a bright future for the expansion of Caribbean financial services and related forms of support.

Although there have been setbacks in recent years as a result of the changing global regulatory environment, Cayman Islands, the British Virgin Islands, Barbados, and The Bahamas all have solid reputations, and with recent changes in oversight and reporting, remain attractive as locations through which all sorts of legitimate financial transactions and corporate structuring is possible.

For all these reasons, the time is right for a manifesto for the Caribbean to emerge - that is to say, one produced by the region's more outward-looking younger generation that explores what change may mean and how best to promote, regionally and internationally, new thinking about what is likely to become a very different Caribbean space.