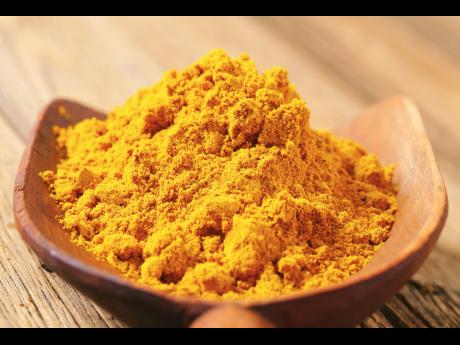 The Jamaican owner of the beleaguered Oriental Packing Company, whose curry powder has been the subject of two product recalls, says the company is now facing losses of US$4 million.

The United States Food and Drug Administration (FDA) recalled the curry, produced by US-based Oriental and distributed in the US and Jamaica, saying it may be contaminated with lead.

Oriental's Derrick Lue told Gleaner Business on Monday that his company was uncertain of its continued operation, as replacing products under the recall is proving costly.

The FDA issued two recalls of Orientals' curry powder, the most recent was on December 7.

However, Lue said that since the first recall back in August, all of Orientals' products have been subject to weekly testing, with no lead traces found since.

He said the FDA "made a big issue" of the matter by doing a second recall, which he said was based on "suspicions" of contamination, and that no lead was actually found.

"We have tested our products since the last recall, and we continue testing," said Lue. "So far, there is no lead found in the curry powder, or what lead is found in there is way below the level that is acceptable for the FDA," he said.

The Jamaican businessman referred to the second recall as a "non-issue", saying it was more precautionary than confirmative of lead contamination.

"The US decided that they wanted to recall it because they think some lead might be in. If they are uncertain of something, they are going to issue a recall," he said.

Speaking to the letter dated January 3, issued by the Connecticut Department of Public Health advising of the second recall, Lue said neither his company nor its distributor, Ocho Rios Miami Inc, sells products to that state and so could not see the relevance of the letter.

Calls to the Connecticut PHD for comment went unanswered.

"I don't know where Connecticut got this thing from, they are the ones that blew this thing out of proportion. This was done from last year and it has just now come to light," Lue said.

He said Oriental is a 35-year-old company based in Miami, with distribution concentrated in New York, California, Florida and Canada.

Other products made by Oriental include jerk, oxtail and chicken seasonings, with curry powder being the main seller, he said.

Changes have also been made to the company's protocols for receiving raw material, the businessman said. "When the turmeric comes in from our suppliers, it is tested before we purchase," he said.

Lue said the recalls have adversely affected the company's brand.

Oriental was forced to shut down last year from July 1 to October 1, he said, to get its operations up to standard.

Jamaican conglomerate GraceKennedy Limited, for which it produced curry, also pulled its contract from the spice maker last year amid similar concerns of lead-tainted curry.

"All these years that we have been in business, the FDA has never tested our products," Lue said, while defending his company's track record before the recalls.

Oriental is Hazard Analysis Critical Control Point-certified and is a member of the US-based National Registry of Food Safety Professionals, he said.

Speaking to the results of the recent test of its products done by Kappa Laboratories Inc in Miami, Lue told Gleaner Business that while the FDA has not stipulated an allowable limit for lead in spices, Oriental used a base of one part per million (ppm) to guide its decision.

Kappa Labs representative Dr Peter Kmieck explained that his company itself does not have a baseline allowable limit, but merely does the testing and returns the results to the clients.

The American Spice and Trade Association itself noted the absence of an FDA guide on allowable lead limits, while stating a 10ppm permissible amount on its website.