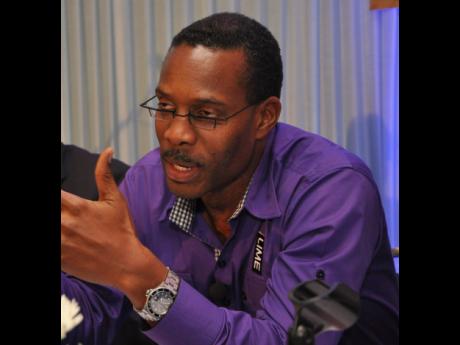 Cable & Wireless Jamaica, which trades as FLOW Jamaica, is shedding customers at a time when its ultimate parent is looking for the business and other subsidiaries in the region to boost their operating cash.

"In Jamaica, we added 2,000 Internet and 3,000 fixed-line telephony revenue-generating units (RGUs). However, these were offset by a 5,000 video RGU decline. On the mobile front, we lost 10,000 subscribers in the first quarter, due to prepaid churn following increased promotional activity in the prior quarter," said CWC.

It is the first reported decline in years at the local telecom. But outgoing managing director of FLOW Jamaica Garfield Sinclair described the fall in subscribers as normal at this time of year, especially following a Christmas promotion.

"We always net churn subscribers in the quarter after our biggest Christmas acquisition quarter," said Sinclair.

"We added 30,000-plus subscribers in the Christmas quarter," said Sinclair.

The data for the March quarter declines in previous years was not provided up to press time.

The fall-off comes amid three price hikes that have pushed up the cost of FLOW's cheapest mobile data plans by 200 per cent in a year. But Sinclair pushed back on the suggestion that this might have turned off customers.

FLOW Jamaica should now have about 890,000 active customers. CWC operates services in most Caribbean islands with 3.6 million mobile, 400,000 television, 600,000 internet and 800,000 fixed-line telephony subscribers. Liberty is the ultimate parent of CWC, having fully acquired the business last year.

Overall, the trading update indicated that mobile subscribers grew by 27,000 across CWC's regional markets, driven by prepaid additions in Panama.

FLOW Jamaica, prior to the consolidation of its reporting format to comport with Liberty's, had boasted of hitting the one-million customer mark in May 2016, which it marked with nationwide celebrations. Liberty subsequently reported those numbers as 900,000, based on its own format for counting active customers.

Liberty defines 'active' as customers using the service within a one-month timeline, whereas FLOW defined it as three-month usage.

"Jamaica continued its mobile subscriber momentum with particularly strong growth in the quarter to date as mobile subscribers rose by 56,000, moving above 900,000 in total for the first time," said CWC in its nine-month trading update released back in mid-February.

In the current update, highlights across CWC's largest markets included Panama, which gained 8,000 subscribers in the quarter, and The Bahamas, which added 2,000. On the downside, Trinidad & Tobago was largely flat, while Barbados declined by 2,000.

The results for the three months ended March 31, 2017 were aligned to Liberty Global's year end. The trading update did not disclose the accounts for the quarter.

Sinclair, who is headed to Miami as president of CWC's Caribbean market at the start of June, ran the Jamaican operation for more than six years, during which time, he tripled the telecoms mobile customer base from 300,000 to its current levels. In the process, the investment-banker-turned-telecom-executive, grew revenues and delivered the first profit for the company in nearly a decade.

For the third quarter, from October to December, CWC recorded revenue growth of 1.0 per cent to US$594 million, led by Jamaica's mobile growth and Panama's'Mast3r' bundling of services.