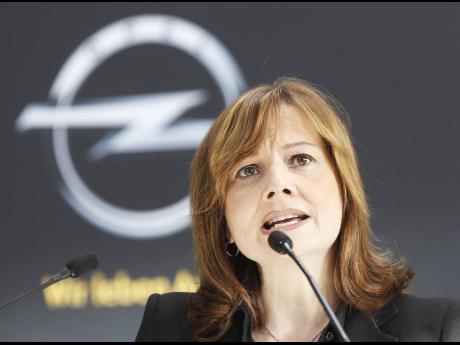 General Motors (GM) shareholders have overwhelmingly turned down an activist shareholder's plan to split the company's stock into two classes.

Only about nine per cent of the stockholders voted for the plan from David Einhorn's Greenlight Capital hedge fund in a preliminary vote count. They also re-elected all 11 GM board members, rejecting the three candidates backed by Greenlight.

Einhorn proposed splitting the stock into capital appreciation and dividend classes. He says the plan would unlock the stock's value. Despite making US$42 billion since 2010, GM shares have appreciated by only about five per cent.

CEO Mary Barra says the company will stay on its current course even though the stock markets have yet to reward those efforts. She says the company's strategy of cutting costs, shedding under-performing businesses and trying to lead in new technology will deliver long-term results.

"It gives me more resolve to make sure we work harder, work faster, and continue to put great cars, trucks and crossovers on the road," she told reporters before the vote.

Barra also says the company is prepared to handle an automotive downturn, an effort to allay investor fears that the industry has reached the peak of its business cycle in the United States, GM's most lucrative market. US sales so far this year are down two per cent and will likely decline from last year's record of 17.5 million vehicles.

GM says it analysed Greenlight's proposal and determined it risky because it would pit one class of shareholders against the other and could put the company's investment grade credit rating at risk.

Greenlight representatives did not speak at Tuesday's meeting and did not return a message from the Associated Press.

GM shares fell less than one per cent after Tuesday's vote to US$34.29.

Shareholders also voted down a proposal to separate the chairman and CEO positions now held by Barra.

Shareholder John Love, who supported the proposal, criticised the company for shifting some production to Mexico, closing factories in Flint, Michigan, and for importing a Buick SUV from a factory in China. He also said the company is leasing too many cars and its dealer inventory is too large, circumstances reminiscent of before GM went into bankruptcy protection in 2009.

"Everybody had it under control," he said of inventory before bankruptcy. "I don't think it's under control."

GM ended last month with a 101-day supply of cars and trucks when automakers consider a 60-day supply to be optimal. The company says production cuts will help reduce car inventory, and it has been building pickup truck supply as it prepares to shut down factories this year to switch to a new model.