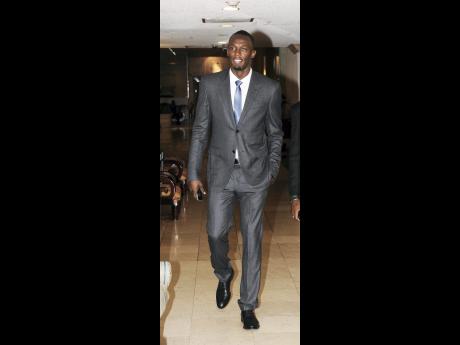 The pride of Jamaica, Usain Bolt, before 30,000 spectators at the National Stadium and 2.7 million at home, said goodbye at the Jamaica National Racers Grand Prix Salute to a Legend athletics meet. He will not race again in Jamaica.

Amid the ceremonial excitement, it is fitting that we take a retroactive view. What made it possible?

Many Jamaicans content themselves with Bolt's achievements, up to crying upon his leaving the sport. They rarely pause to think, "Here is a my compatriot, if he can be so great, maybe I can achieve my much more modest career and life goal."

If they did, they might discover a few things, applicable to the careers and their lives including the following.

1. Change of coach: It was not until Usain Bolt switched coaching from Coach Fitz Coleman to Coach Glen Mills that his fortunes changed. Coach Glen Mills became a friend, father, therapist, a mentor.

He taught him how to fail, not just succeed. That he should use obstacles to build the mental toughness and confidence needed to compete successfully. Who are your mentors and teachers?

2.Making the decision to please himself: After his ignominious failure at the Athens Olympics, many in the public arena were disappointed, and they let Bolt know it. They called radio programmes and wrote newspaper articles about him and his party ways. He learnt a valuable lesson.

"... I had become hardened to the criticism, having gone through it after the 2004 Olympics. I felt bad about letting people down, but whereas in the past my priorities had been about pleasing the public, they were now about putting me first," Bolt said.

If you are going to emulate Bolt in your career, you will have to reach the mental state where your opinion counts first before anyone else's.

3. Personal toughness: When you're all alone, no one to talk with, just you alone, Usain Bolt found out that you had to have 'the heart of a champion, a mind of granite'. When you cannot find a job and you feel like giving up, like quitting, that is when you need to develop mental toughness.

"There's something the training manuals don't tell an athlete. They're about self-discovery as well as recovery; learning the mind is as important as understanding the body. Pain thresholds, patience and inner strength are things that can't be found in a magazine. Instead, a sprinter had to learn those alone, through experience."

4. Daring to believe: Bolt learnt the value of self-belief very early, which you've got to learn if you're going to take your career and life where you want it to go. In his autobiography, Usain Bolt, he relates how he learned the lesson of belief.

"But then doubts crept in ... My confidence and self-belief had faded for the first time, I guess because I hadn't experienced pressure or national expectation before." His mother talked to him, and he had a "defining time" when he learned if he changed his attitude his training wouldn't be as hard.

He won the race. "I had landed as a track and field star. I had found mental strength when most athletes would have freaked," he said.