Filmmakers advised to show up at big events, go after slice of US$3b market 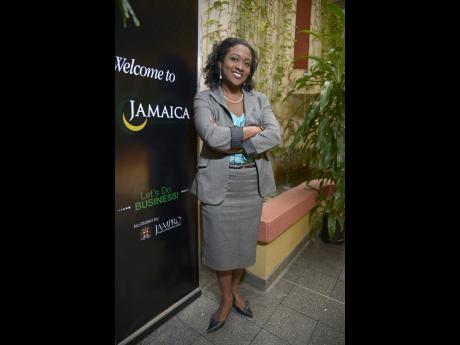 When aspiring filmmaker Danielle Russell attends a leading film festival in France later this year, she will likely be more concerned with making deals than simply showing her short film.

Industry events like the Clermont-Ferrand International Short Film Festival, and others around the globe, carve out the bulk of roughly US$3 billion in film financing between filmmakers, financiers, international sales agents, distributors and marketers.

The Government of Jamaica's marketing arm, JAMPRO, wants more Jamaicans in that mix.

After all, films that registered with JAMPRO last year employed just under 2,800 persons and earned some $793 million, up from $745 million a year earlier, according to latest Planning Institute of Jamaica data published in the Economic and Social Survey Jamaica. That's a sizeable chunk of the entertainment industry earnings, referred to as the creative industries. Not surprisingly, JAMPRO wants to grow that amount and the associated jobs.

Russell will show her short film, This City of Mine, at the Trinidad and Tobago Film Festival. She, however, still awaits a call-back regarding showing her short film at Clermont-Ferrand, described by the organisers as the world's largest short-film festival.

But whether her film gets confirmation for France, Russell will hit the festival and parties to seek out deals.

"We will be going to aim to try to sell the film to agents," said Russell in an interview with Gleaner Business on Thursday about sales agents who act on behalf of filmmakers or producers and sell films to distribution companies.

"Distribution is a topic that is very taboo for creatives," she said, at the end of a JAMPRO-sponsored workshop held in New Kingston.

Earlier this year, Russell was chosen as one of five finalists in the Jamaica Film and Television Association (JAFTA) Propella film initiative, a collaboration of the JAFTA, JAMPRO, and the CHASE Fund. The other finalists are Kyle Chin, Angela Magnus, Sarah Manley, and Nile Saulter.

This year's setting will see the participants going to a regional film festival in Trinidad and Tobago and then onwards to France. Propella is aimed at giving them international exposure.

Thursday's film-development workshop titled 'The International Film Business: Marketing, Sales and Distribution' is aimed at demystifing the process of conducting business in the international and independent markets.

Making a film is pure "hell" and there are only four ways to enter "heaven", said workshop presenter Sydney Levine, who has worked in US film and distribution for over 40 years. All require some form of distribution deal to monetise the product, she said.

In 1988, Levine cofounded FilmFinders, described as the US film industry's first database, which was acquired eventually by IMDB, the current leader in such databases. Prior to FilmFinders, she was vice-president of acquisitions for Republic Pictures, among other positions in the industry.

A participant requested that JAMPRO host sales agents at follow-up workshops. But JAMPRO's creative industries manager and film commissioner, RenÈe Robinson, suggested that such events are best devised when film projects are at certain stages of development.

"Part of that process is making sure that the material here is ready for selling. Also, that it is at the calibre to compete globally, and that collectively, we understand the business models and know how to negotiate deals," said the film commissioner.

"The last thing we would want to do is bring them down and they take advantage of all of you," Robinson said.