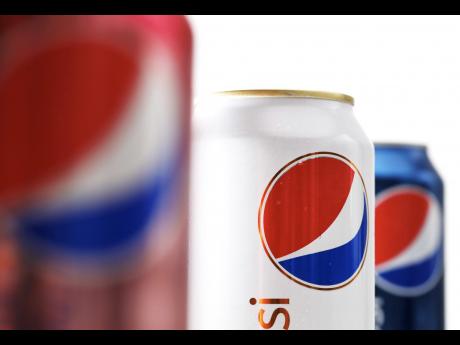 Pepsi-Cola Jamaica Bottling Company is spending more than a billion dollars on a new line for a product that will hit retail shelves by year end, adding Jamaica to a limited number of markets for the largely unknown drink.

With added caffeine and ginseng, Pepsi Kick sounds like an energy drink, but the company says it's not aimed at that market segment, nor do its ingredients fit the profile.

"Pepsi Kick has caffeine and ginseng while the energy drinks have other additives such as taurene, guarana, and so on," she said. Kick has zero sugar and zero calories and uses the artificial sweetener aspartame.

The product, first launched in Mexico and then expanded into European markets, and now was Pepsi Jamaica aims to have it on retail shelves here before Christmas.

The new production line is costing US$10 million (J$1.35 billion) and will be commissioned later this year to meet the distribution deadline for Kick.

"By this introduction, we want to expand the cola market even more by getting in a whole new flavour or even a whole new genre of cola drinks," said Allen, who says that Pepsi Jamaica controls about 80 per cent of the local market for colas.

"Last year, we had Pepsi ginger, and that captured those that like ginger beer and even those who do not normally consume carbonated beverages," she said.

As for the wider drinks market, including flavoured waters, industry sources say that 80 per cent of the carbonated segment is reportedly split equally between Pepsi Jamaica and Wisynco, which bottles Coke and other Coca-Cola brands as its own beverages.

Alongside its plans to bottle Kick at its Kingston plant, Pepsi Jamaica is also moving to localise production of non-carbonated drinks such as Ocean Spray and Gatorade. This is expected to happen by November, utilising the greater capacity afforded by the new line.

The beverage maker will also be introducing other soft drinks with an eye on the opportunities arising from the government's campaign to reduce the amount of sugar that Jamaicans consume.

"We have two other innovations coming up that we think will do very well. They will be in the 'zero calories zero sugar' category as well. We understand that people are becoming more health conscious, and with sugar regulations coming in place, we are adjusting to the market," said Allen.

Within the energy drink category, Pepsi Jamaica previously market-tested Adrenalin Red Fire and Adrenalin Power, which have guarana, ginseng, and vitamins. Based on the response, the beverage company has kept Adrenalin Power on the market. That product is also manufactured at its Kingston plant.

As to the company's overall performance, Allen said the entire portfolio was profitable.

"The most I can say is that all segments in which we are involved are generating profits. There is none that is a loss leader," the brand manager said.