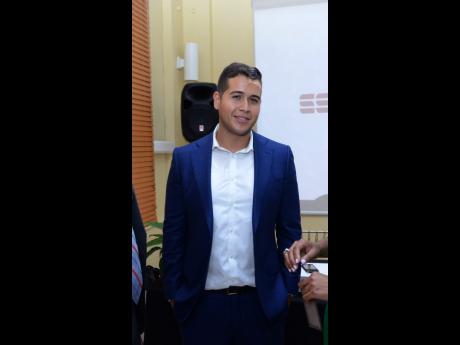 SSL Venture Capital Jamaica Limited, the company that gobbled up the failed C2W Music start-up, and listed on the market last month in a reverse takeover, has announced three new investments in marketing outfits.

However, SSL Ventures has not released the terms of the deals, executed over the period, July 2 to August 7, nor the size of the equity stake taken in each operation - marketing researcher Blue Dot, marketing agency and content production company Muse and distribution and branding company, Bar Central.

"Once we got the three CEOs in the room the synergies are obvious between Muse, Bar Central and Blue Dot," said SSL Ventures CEO Drew Gray.

"On the one hand there is Blue Dot which is all about understanding your customer and Muse is about taking that understanding and translating it into a marketing campaign and Bar Central is essentially the execution," Gray told the Financial Gleaner.

SSL Ventures, a connected company to Stocks & Securities Limited, specialises in identifying start-ups with great growth potential, which Gray says goes beyond simply taking a position in a company.

"As part of the equity investment, obviously they get the cash injection but we don't view that as the most valuable part that we play. Our value comes more from the active role we have in management," he said, adding that there is a definite time horizon to their involvement in the outfits that the company invest funds.

"After taking this active stake we plan to sell the company via IPO or privately, say three to four years out," he added.

Bar Central currently has signed contracts with a global branded beverage company and one of the Caribbean's largest manufacturers to service the bar market in five parishes with the intention to expand to 14, according to market filings on the transaction.

Commenting specifically on Blue Dot, Grey said SSL Ventures has been watching the company for some time and was attracted by the company's frontier spirit.

"Their innovative approach sits very well with our philosophy of investing in innovative or one of a kind companies. They have first-mover advantage in the Caribbean," Gray said.

He says Blue Dot aims to branch out into data analytics and biometrics and that a part of the capital injection will allow them to expand the business further, not just to the Caribbean but globally as well.

"Blue Dot will be assisted to the extent that they work with large corporate entities in Jamaica that have a global presence or among the diaspora," Gray said.