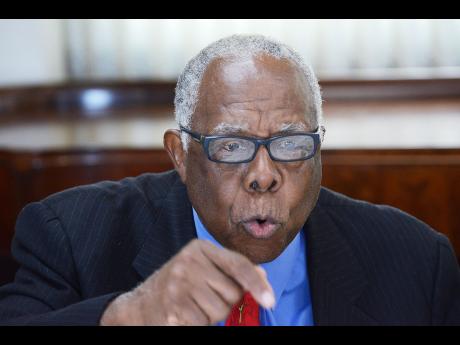 Sugar marketer Jamaica Cane Products Sales Limited (JCPS) is laying off its entire staff as it contemplates winding down the business, Chairman Karl James confirmed on Friday, even as it looks to the Government for help.

James blames the agency's misfortunes on the opening up of the market to competition by sector regulator, Sugar Industry Authority (SIA), which, he says, has robbed JCPS of its entire client base. The company makes most of its earnings from the produce it distributes for its sugar-producing members, but it also trades in retail sugar under the Jamaica Gold brand.

JCPS was expected to approach the Ministry of Finance & Public Service last week for assistance to shore up its operation, which is running a high deficit and facing declining revenues, but James said that the meeting did not happen.

JCPS was the sole marketer of sugar for Jamaica up to 2012, when the sector underwent radical changes. The Jamaican Government killed JCPS' monopoly three years into the last round of divestment of sugar estates when it granted marketing-agent status to Pan Caribbean Sugar Company, the Chinese owners of the Frome and Monymusk sugar estates. Then in 2015, it granted the same status to Seprod, which operates the Golden Grove Estate in St Thomas.

Both entities withdrew from JCPS once they got their marketing permits for sugar and molasses. Seprod is also now a competitor with JCPS in the retail market through its Golden Grove brand.

Two months ago, JCPS was again faced with the prospect of another haemorrhage. James said the two remaining members Worthy Park Estates and J. Wray and Nephew Limited, JWN - gave notice of their withdrawal from the agency in September.

JCPS was set up around 1986 and eventually took over the marketing of Jamaica's sugar from the SIA. Its formation effected the privatisation of sugar distribution, which was largely sold to Europe.

But with the current erasure of its client base, sugar sources said, the three-decade-old marketing agency is left without viable options for earning its way out of a decade of accumulated deficits. JCPS is also faced with $1 billion of bank debt in need of servicing, and it owes the SIA more than $300 million, among other debt, our sources said.

James indicated on Friday that while the company was at a low point, he had hopes for its survival.

"I figure 30 workers are being let go. That's all the staff ... we are winding down with the possibility of remorphing," he said. "Because of the reputation of JCPS, you never can tell what directors may decide to do with the entity."

Asked if he was hoping for a bailout from the Government, he said, "That part I can't answer."

James blames the SIA for its troubles because of the regulator's decision to allow the players in the market to have control over distribution of their output.

"There is not a direct role of JCPS anymore," he added. "If these two go, there is nobody left."

Staff at JCPS reported being given letters of redundancy, effective at the end of January. It also is understood that the company is seeking funding from Government to pay cane farmers.

It is also understood that JCPS has reached out to the SIA to assist with its outreach to the Government, but the sugar regulator's chief executive, George Callaghan, declined to comment.