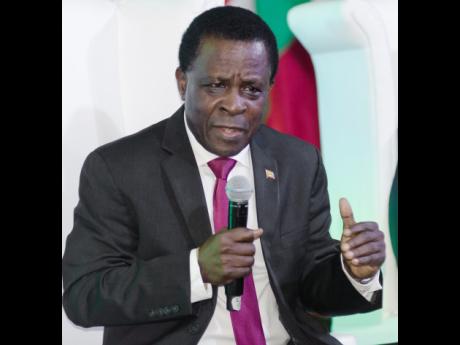 Grenada says it enjoys a good relationship with China in spite of international concern that Beijing is using its finances in a bid to have a bigger footprint in Latin America and the Caribbean.

Several countries, including those in the Caribbean, have signed cooperation agreements with Beijing within the framework of the Silk Road Economic Belt and the 21st-Century Maritime Silk Road Initiative.

The multibillion-dollar Belt and Road Initiative (BRI) has been called a Chinese Marshall Plan, a state-backed campaign for global dominance, a stimulus package for a slowing economy, and a massive marketing campaign for Chinese investment around the world.

Last year, Guyana, for example, signed on to the BRI for enhanced cooperation in areas such as policy coordination, facilities connectivity, trade and investment, financial integration, and people-to-people interaction. Public infrastructure is also expected to be a major focus under this agreement.

Mitchell acknowledged during the interview that China had provided loans for the "upgrade of our airport and the facilities there ... and creating another runway facility is something we are moving aggressively on.

'We are managing our wealth. We are not putting ourselves in a position where anyone can control the country. We have taken advice from all friendly governments. China has been very helpful, the United States, all these countries we have very close relationship with,' Mitchell said.

During the interview, Mitchell was asked whether or not he was aware of China's interest in sea and airports.

"Well, there are rumours, and I am only saying I can only speak to the Grenada situation. We have not seen any evidence where China is attempting to control our natural resources and our infrastructure. We haven't seen that," he said.

Mitchell also sought to deal with countries providing assistance and insisting on the use of their resources and manpower as part of the agreement.

"We may talk about some of the conditions of labour and so on, and that's something we do not necessarily enjoy, but then you have to understand that is what the international accommodations are like," he added.