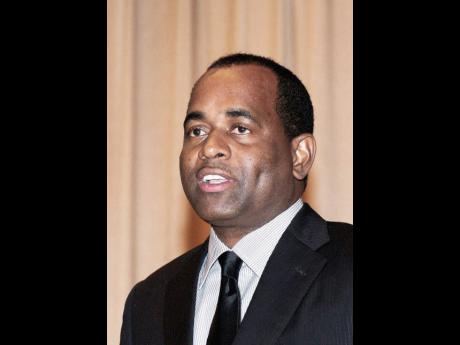 Prime Minister Roosevelt Skerrit has criticised the Organisation for Economic Cooperation and Development (OECD) for labelling several Caribbean countries as tax havens and called for a unified regional approach to deal with the Citizenship by Investment Programme (CBI).

Dominica and several Caribbean countries, including St Kitts-Nevis, Grenada, St Lucia, and Antigua and Barbuda use the CBI to attract foreign investments by providing citizenship to those persons making a significant contribution to the socio-economic development of their islands.

Allegations must be addressed

But Skerrit, speaking on the state-owned DBS radio on Tuesday night, said the allegations made by the OECD need to be addressed.

"When we were advised by a study done by the World Bank to diversify our economies in the '90s and introduced the offshore financial services, we went ahead with this and all of the recommendations and positions which were placed on the Caribbean ... we have gone beyond what was demanded of us," Skeritt added.

The Dominican prime minister told radio listeners that it is important for the Caribbean to stand in defence of its sovereignty and right to self-determination.

"We will go ahead with the OECD because they run the world. They will tell us what to do and we will have no choice but to do it, because we need the financial systems to operate, etc. But what they are doing is unfair, because a lot of things they are asking us to do they are not doing themselves," he said.

"I am not quite pleased with the fact that in the Caribbean we haven't had a united voice and a united defence on this. I am saddened by this," Skerrit added.