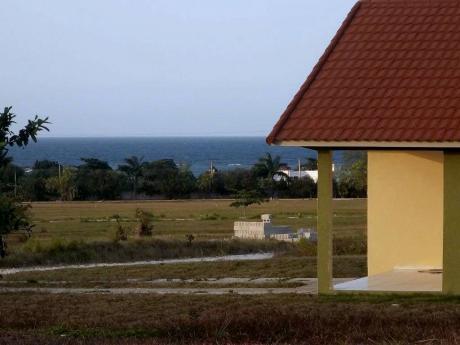 Real estate experts are gearing up for more business, with the reduction in taxes on property transactions announced Thursday by Finance Minister Dr Nigel Clarke.

The giveback comes at time when the sector is experiencing a slight softening of the market with a decline in the volumes of real estate trades, which were down two per cent last year.

But the tax adjustments are expected to make home purchase more attainable, and as such realtors expect it will drive up property transactions.

But as of April 1, vendors will pay two per cent for transfer tax and a flat fee of $2,500 for stamp duty. The purchaser will also pay the same $2,500 flat fee for stamp duty.

What this implies for prospective property buyers is that the deposit required for transactions may now be no more than the new three per cent government charge, realtors say.

“The fact that a vendor will walk away with more cash in hand will encourage him to sell. The fact that a purchaser can purchase a property with less deposit than say 5 per cent of the sale price will motivate her to buy,” said Andrew James, managing director of A.S James & Associates and president of the Realtors Association of Jamaica, on Friday.

“This reduction should definitely increase the amount of property sale transactions.”

Edwin Wint, president of Better Homes and Gardens Jamaica, says he expects to see more transactions linked to foreign direct investment, more active probate on land, transfer of family lands and flipping – all motivated by the new rates. Flipping refers to the purchase, upgrading and reselling property over a short time horizon.

He is not only predicting increased property transactions in volume and frequency, but also believes the real estate market may regain investor focus in a thriving equities market.

“Foreign investors will also respond positively to these initiatives,” said Wint. “... They’ve been investing in our JSE [Jamaica Stock Exchange] and now they’ll see real estate as the next frontier,” he predicted.

Data culled by RAJ head Andrew James from the National Land Agency indicates that real estate transactions fell by 191, from 9,847 to 9,656 last year.

Based on Financial Gleaner estimates of the value of transactions, that too declined from $134.63 billion to $134.16 billion, mainly due to a fall in US dollar-denominated sales.

“People buy property and sit on it for a long time because it would take a long time for them to recover the costs associated with purchasing,” she told t he Gleaner in a telephone interview on Friday. “Now it will create a larger boom in the real estate sector as now those persons can sell.”

The finance minister on Friday said the reduction in real estate fees would be transformative.

“Everywhere else in the world that you have had a reduction in transaction taxes, you have seen a massive increase in activity,” Clarke said at his post- budget press briefing at the Ministry of Finance. “It will facilitate new industries and things we cannot envision. We will become free to transact and do business,” he said.

The reduction in fees came as part of a $14-billion plan to slash taxes. The transfer tax giveback on property transactions accounts for $3.4 billion of the overall package, which CEO of Howard Johnson Realty, Howard Johnson Jr, sees as “an excellent one”, taken in its entirety.

“The consumer will appreciate the reductions in transfer tax and also the flat fee for stamp duty. Now 97 per cent [mortgage] financing is more attainable as three to five per cent deposit should cover initial costs,” he said. Johnson and Wint are both past presidents of the realtors association.

“We now need developers to build in a price range that the average Jamaican can afford,” he said, adding that the market needs more supply of $15 million to $20 million properties.