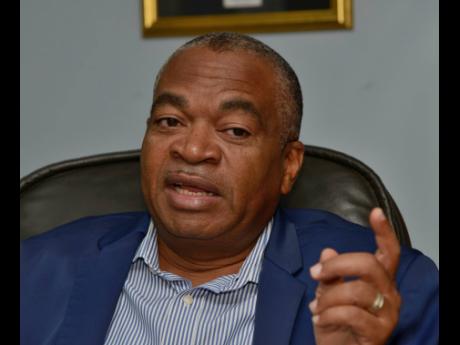 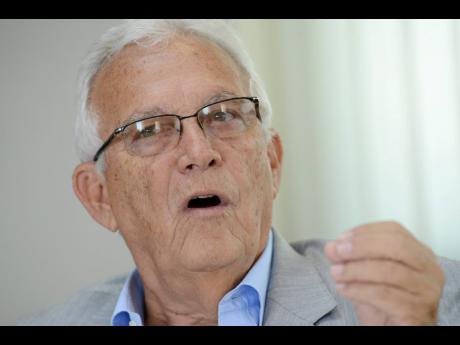 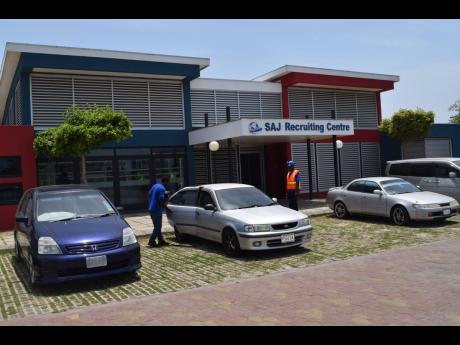 File
A section of the Shipping Association of Jamaica's (SAJ) complex at New Port West, Kingston. SAJ is a supplier of labour to Kingston's major port operators.
1
2
3

The 80-year-old Shipping Association of Jamaica, SAJ, is at a crossroads of sorts and its leadership recognises this fact.

Formed as a trade union of employers of port workers in 1939, the SAJ has been supplying labour to Kingston’s two major port operators – Kingston Wharves Limited, KWL, and Kingston Freeport Terminal Limited, KFTL – for the loading and unloading of ships.

SAJ President Charles Johnston says over the past 20 years or so, port operators have been doing their own recruitment, maintaining larger permanent staff and relying less on the association to provide workers.

This is said to be the case more so for KFTL, the company formed by French global terminals operator CMA CGM to manage the 30-year concession contract it received from the Government in 2015 to operate the Kingston Container Terminal.

The contract includes financing, development and expansion of the larger of Kingston’s two trans-shipment ports.

According to Johnston, until about 20 years ago, the SAJ provided some 90 per cent of the labour for the port.

“The terminals and shipping lines did not need to keep employees. They hired the workers from the shipping association. It means that the rates (of pay) and conditions of work were standardised. Unions had one party to deal with. Conditions of workers improved over the years,” Johnston explained in an interview with The Gleaner.

Group CEO of the SAJ, Trevor Riley, agrees that there is now a redefining of the labour supply relationship on the port of Kingston.

“We are considering if, long term, what we have done for 80 years, we will continue to do. How we are compensated is also part of that equation,” he said.

Compensation for labour supplied to the ports is determined by a direct labour charge agreement with the unions representing the workers. There is also a labour assessment charge, or cess, that is based on the number of containers or the tonnage of the cargo to be handled by the workers.

This, Johnston notes, finances overtime payments, a pension fund, health insurance, uniforms, transport and ambulance service, among other benefits for port workers. The pension fund, the Kingston Port Workers Superannuation Fund, is managed by Proven Wealth Limited, with the SAJ naming the majority of the trustees and appointing the union trustees. The fund is governed by the Port Workers (Superannuation Fund) Act.

The rate at which the cess is set may be reduced for large jobs or increased to cover variables such the need for more workers than normal to unload and load a vessel. The SAJ head says the association is currently in talks with the port operators to review this charge. The SAJ’s own fees are paid from the cess.

“For the future, we think that there is a role for us to provide labour to the terminals and to the shipping lines,” Johnston expresses the general view of the SAJ that, with a recent change of its terms, now opens membership to overseas companies, such as shipping lines ZIM and Seaboard Marine, KFTL and CMA CGM.

The Shipping Association still manages the deployment of 350 workers at the Kingston port.

The labour provided by the SAJ is utilised by the ports mainly at levels requiring less skill with more skilled jobs like crane operations, which are being done by workers employed directly to the port.

Still, the SAJ is said to be constantly investing significantly in training its workers through the HEART Trust in skilled services needed on the port. Investments have also been made in technology, with the dispatch of workers to duty stations on the wharves now sent to their phones via a mobile app.

“We have used IT substantially to improve our processes,” Riley said.

Possibly the biggest contribution of the SAJ’s supply of dock and warehouse workers is the stability and calm industrial relations climate which has prevailed there for decades. “That is the reason it was formed,” says Johnston, noting that every month for the past 50 years, the SAJ and union representatives meet at the Joint Industrial Council for the port to hammer out differences and discuss the development of the port and the shipping sector.

The port of Kingston is now regarded as a best practice location for industrial relations in the Caribbean, and the SAJ has been at the forefront of changes taking place on the port for better, Riley notes.

As the SAJ mulls whether its days as a supplier of port labour are numbered, the association has, over many years, been pursuing property and equity investments as a major part of its activities.

Around the 1980s, the SAJ bought a building on King Street in Kingston and later sold it, with part proceeds used to acquire its current headquarters at Fourth Avenue in Newport West. The organisation also invested heavily in shares of the former NEM Insurance Company.

Those shares were later sold to Jamaica National Group and the business rebranded rebranded as JN General Insurance.

In 2002, the SAJ purchased a sizeable block of shares in Kingston Wharves. The 10.62 per cent holding, amounting to nearly 152 million shares, is held by The Shipping Association of Jamaica Property Limited. The Kingston Port Workers Superannuation Fund owns an 11 per cent stake in KWL.