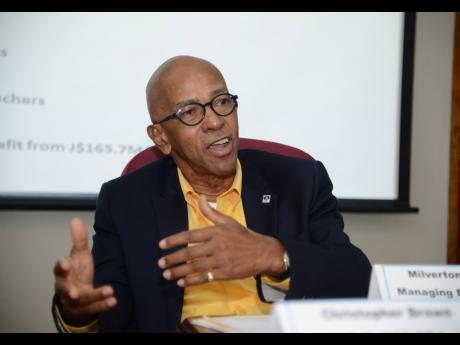 Harmonisation Limited, a state-owned company formed to develop a sprawling resort in Trelawny, is now selling off property in that area, at Silver Sands, but says the disposal of land has no bearing on the project.

CEO of Harmonisation Lorna Simmonds said Wednesday that the company is also selling other property, but did not specify the locations.

The company has put up for sale land held through Silver Sands Estate Limited in Duncans, Trelawny, which is in proximity to the site that Harmonisation and its partner Tavistock Group, are supposed to be developing as a casino resort.

The casino project, called Harmony Cove, has stalled for lack of funding, but Simmonds said the land sale does not affect the planned development.

At one time, the Harmony Cove project reportedly had access to 2,400 acres of land to be used for the resort and complementary facilities that included an airstrip.

Harmony Cove Limited was granted preliminary approval for an integrated casino resort by the Ministry of Finance, paving the way for partners Harmonisation and Tavistock to launch the first phase of the project. It would have included 1,000 hotel rooms and cost US$1 billion, but financing was elusive.

Neither Harmony Cove nor the other approved resort, Celebration Jamaica, that was led by the late Robert Trotta, has managed to execute their projects, and despite several attempts at comment, the finance ministry is yet to provide clarity on whether the casino initiative has been shelved or is to be retendered at some point.

The sale of the Silver Sands property is spearheaded by the Government’s divestment agent, Development Bank of Jamaica (DBJ) on behalf of Harmonisation.

DBJ is itself one of the principal owners of Harmonisation, and therefore an investor in the casino project, but its Managing Director Milverton Reynolds also sidestepped attempts at an update this week, saying all questions should be directed to Simmonds.

Last December, DBJ selected Sagicor Properties Services Limited as selling agent for Silver Sands, through tender. Sagicor is now marketing 15 lots as sites for villas. They range in size from 8,000 square feet to 15,000 square feet, and prices start at $16 million.

“The existing villas range from quaint, older-type beach cottages to modern, elegant, upscale ‘country homes away from home’,” he said.