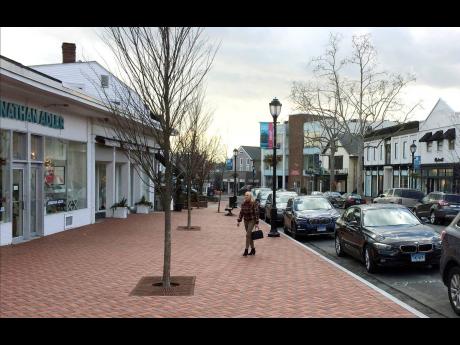 AP
The photo shows shops in downtown Westport, Connecticut. The boom market in small businesses is showing signs of cooling.

That’s one of the findings of a semiannual survey of owners released by Bank of America. Forty-eight per cent of the 1,504 owners surveyed predicted that the national economy will improve over the next year, down from 55 per cent in the survey taken last fall. The drop in optimism extends to owners’ view of their local economies — 51 per cent expect an improvement versus 54 per cent in the previous survey.

The latest survey, conducted in February, is in line with surveys taken earlier this year by Capital One, the US Chamber of Commerce and MetLife and Wells Fargo that showed small business optimism slipping along with expectations for the economy.

Owners’ pessimism may be fueled by concerns about the United States’ political environment. It was cited by nearly two-thirds of the owners as one of their top economic concerns, surpassed only by healthcare costs. Rising interest rates, the stock market’s recent volatility and consumer spending were all cited as economic concerns by nearly half the owners.