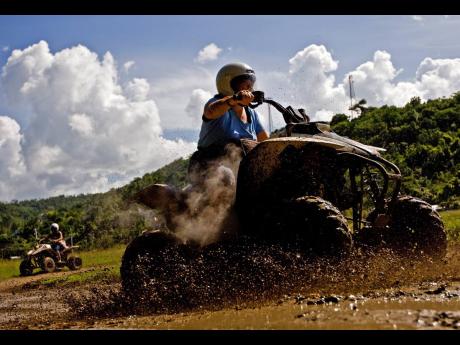 Portland Private Equity has increased its holdings in Chukka Caribbean Adventures Limited, this time through a direct injection of equity under Portland Caribbean Fund II into the tour company founded by the Melville family.

Chukka, which offers adventure tours in its home market of Jamaica and the region, will use the US$5 million injected by Portland for expansion. The company currently operates nine locations in Jamaica, as well as tours in Turks & Caicos and Belize.

The new equity funding from Portland follows its additional investment last year June in Diverze Assets Inc – the DAI Group – which is the holding company for businesses owned by the Melvilles.

The year before that, in June 2017, Diverze received US$8 million of financing from Portland, under a deal that was structured for Portland to make additional investments in the company down the line.

Vice-president of Investments at Portland Private Equity, Ricardo Hutchinson, told the Financial Gleaner on Thursday that PCF II bought common shares in Chukka, investing cash which will be used to support the acquisition of local and regional targets as the tour company diversifies its operations.

He declined to comment on the size of the stake acquired.

Portland Caribbean Fund II, or PCF II, raised US$200 million in 2016 for investments across the region. The fund is now invested in eight companies, Hutchinson said.

“Since our original investment in the DAI Group we have had a chance to deepen our understanding of the businesses and believe that Chukka is strategically poised to grow its leadership position in the regional tourist attraction landscape,” he said.

The companies did not specify the acquisition targets being considered by Chukka.

Chukka Caribbean CEO Marc Melville said in a joint release with Portland that they were strengthening the company’s capital base to go after opportunities and diversity its products to meet the needs of its cruise ship and hotel partners.

The adventure company had its beginnings in 1983 when founder Danny Melville opened a polo and equestrian centre and added Horseback Ride ‘N’ Swim as one of the first adventure tours in Mammee Bay, St Ann. He named the company Chukka, which describes a period of play in a polo match.

According to Chukka’s website, it now operates over 60 tours in Jamaica, Belize, and Turks & Caicos. Most of the tours are offered in Jamaica. The adventure tour company employs 700 people, including nearly 500 in Jamaica, the website says.

Hutchinson says PPE is considering listing on the Jamaica Stock Exchange as a way of exiting its investments in DAI Group and Chukka Caribbean, down the line.

“This is being contemplated, but we currently don’t have a timeline as we would like to see the growth strategy executed before looking at an exit,” he said.