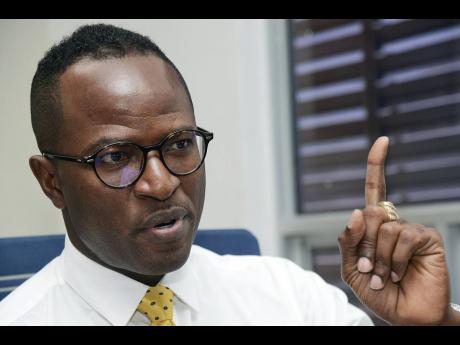 Year-end profits at tobacco marketing company Carreras Limited were flat despite a mild uptick in revenues up to March 2019.

Revenue grew modestly by 2.8 per cent or $356 million to $12.9 billion, which Managing Director Marcus Steele attributed to a recovery in sales volume.

“Whilst we had a slight recovery in that there were increased volumes, there was no price increase so the better revenues was driven by the volumes,” he told the Financial Gleaner.

He cited the reorganisation and upgrading of the sales force and a change in distribution tactics as drivers of the numbers.

“We looked at the organisational design of the sales team. We also looked at our route structure so as to increase our direct sales and that took a bit of investment, but the benefit of that you will see in this year,” Steele said.

“It’s not that we hired more people but we reorganised with a higher grade of persons as we focused on different competences in serving the market,” he added.

Carreras’ cost of sales at $6.47 billion carved out half of its revenues. Additional investments in advertising and marketing added to expenses, as did security costs.

“We invested behind the brands, Craven A and Matterhorn. There was a nine per cent increase in those expenses. We found that we had to do more with our ­customers to reinforce the brand value ­proposition,” Steele said.

Meanwhile, “Because of the high increase in crime, we had to reorganise the routes to avoid certain areas. This also meant that we had to put more security around our personnel on the road,” he added.

For the current year, Steele says the current quarter, which ends this month, is also showing benefits from the reorganisation of the sales force and distribution routes.

“Obviously, the quarter is still running so we wouldn’t be in a position to give a notion or a magnitude for this,” he said.