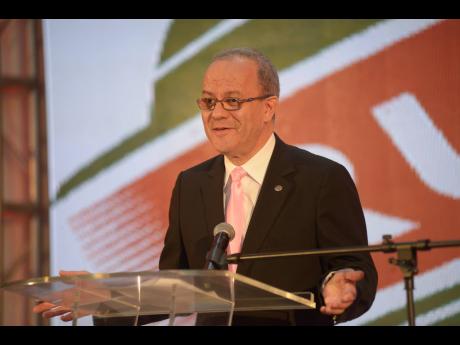 Rubis Energy Jamaica will roll out a line of advanced lubricants across the country over the next two weeks as a marker of its fifth anniversary in Jamaica.

The locally incorporated business of the big French fuels and lubricants corporation was tight-lipped on the investment numbers but told the Financial Gleaner that customers would soon have increased choices from its new product line, which spans lubricants, gear oils, automatic transmission fluids, and boat oils.

“Our advanced lubricant technology protects against friction and wear and keeps engines clean. Our line of RUBiS Lubricants will complement our Ultra Tec fuels, which, when used together, will significantly optimise your vehicle’s performance and provide a fantastic experience for you, our customers,” said CEO Alain Carreau during a cocktail reception hosted by the company on Thursday to mark its fifth anniversary in Jamaica.

“You will enjoy the benefits of RUBiS lubricants, blended and packaged in Jamaica from imported base oils and additives, which meet international standards,” he said.

RUBiS currently manufactures and sells the advanced technology lubricants in Europe, where the business started, but recently decided to bring the products, along with the manufacturing process, to Jamaica.

A year after acquiring the local assets of Shell West Indies, the fuel retailer formed an agreement with established lubricants blender Lubricating Specialties Company (LSC), which operates a 1.2-million capacity plant at Rockfort, Kingston, and another plant in May Pen, Clarendon.

LSC got the green light from regulator National Environment and Planning Agency (NEPA) earlier this month to add another 500,000 gallons in capacity at its facility in Rockfort. The plant is the former Shell lubricants facility.

Rubis will have the oils, lubricants, and additives shipped to Jamaica for LSC to produce the EU American Petroleum Institute SN Plus-approved lubricants.

“As we progress towards achieving even more milestones in Jamaica, we stand behind our investments, and we look forward to further contributing to the livelihood of the tens of thousands of Jamaicans we have already positively impacted,” Carreau said.

Carreau noted that since the acquisition of Shell West Indies, RUBiS Energy has made significant investments in innovations to transform the fuel business in Jamaica.

He hinted at more investments to come from RUBiS Jamaica, which operates a network comprising 50 service stations across the island. While sidestepping the details, Carreau also told the Financial Gleaner that RUBiS had entered into discussions with the Jamaica Public Service Company on the roll-out of electric vehicle charging stations and that there was a strong probability that RUBiS service stations would have EV charging capabilities.