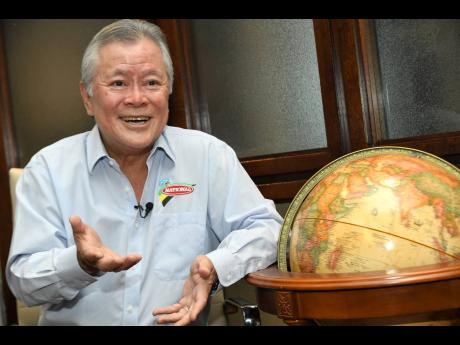 Rudolph Brown
CEO of National Baking Company Gary ‘Butch Hendrickson speaks with the Financial Gleaner about his plans to expand the business and retire, at his offices on Half-Way Tree Road, Kingston on July 8, 2019. 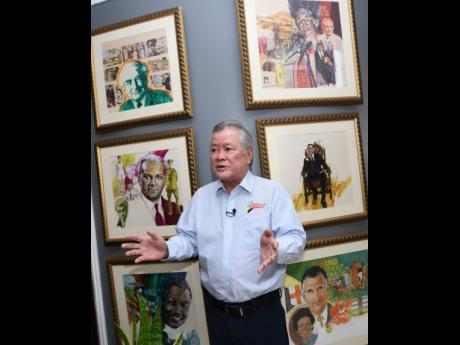 Rudolph Brown
CEO of National Baking Company Gary ‘Butch Hendrickson, speaks before a gallery of photos inside his offices at Half Way Tree Road, Kingston on July 8, 2019.
1
2

The Hendrickson family’s National Baking Company has been consistent in its focus on meeting its customers’ expectation and demand for fresh bread and other baked products daily, and in the process, is prepared to spend big dough on capital improvements.

This latest round of investment, amounting to more than $7 billion, will involve the building of three new distribution centres and, possibly, a new production plant.

Chief Executive Officer Gary ‘Butch’ Hendrickson, who at 67 is actively planning his retirement from the business, says land has already been bought for the distribution centres. They will be located in the Freeport area of Montego Bay, St James; at Priory in St Ann; and in Mandeville, Manchester, which has already started.

The centres will cost National about US$50 million or about J$6.2 billion and will be rolled out over the next three years.

In an interview with the Financial Gleaner, Hendrickson said the new production plant, to cost more than $800 million, will be needed “very soon”, but would not give a more specific timeline.

All National Bakery products under the National, HoMade, HTB and Crave brands are produced at the sole bakery at 43 Half-Way Tree Road in Kingston which runs three production lines. Crave, which is a line of sweet pastries, was started by Butch’s son, Craig, in January 2018.

At the Half-Way Tree plant, which has been in operation since 1952, the businessman says there is no more room for expansion.

“Are we maxed out? Yes, we are dangerously close to it. It is a nice problem to have, but it is still a problem,” he said.

Montego Bay is the preferred location for the new baking plant, Hendrickson notes.

“I am looking at a new plant right now and if I did that, naturally it would be in the west. Why transport from Kingston to out there – St James, Trelawny, St Ann, Hanover, Westmoreland, St Elizabeth? It makes all the sense in the world to go into St James with a plant. As the road system is improved, it makes it easier for us,” he said.

The additional plant is also needed to help fill orders for the export market, which Hendrickson says is growing. National ships bread and buns to London, New York, Toronto, and a fast-expanding South Florida market.

The reception to the product is good in all export markets, he said, adding that while the export business is not a major contributor to profits, it is important for the additional employment it provides and its contribution to offsetting overhead costs.

Some 64 more workers are guaranteed jobs as a result of a new bun-making line at the factory, designed to meet the year-round demand for buns overseas and the still seasonal demand in Jamaica. National employs more than 1,000 workers, and another 100 or more are to be employed to man the three new distribution centres.

The new locations are expected to be designed similarly to National’s new wholesale outlet at Balmoral Avenue in Kingston, a project which Hendrickson said cost close to $250 million. The original estimates were for a capital outlay in the region of $160 million.

On his impending departure from the day-to-day management of the business into which he was born – it was started by his grandfather Reginald Hendrickson and later modernised and expanded by his father Karl Hendrickson – Butch said other persons were being groomed to take over the running of the operations.

“You will see the transition taking place slowly, but it is going to happen,” he said, but would not say the timeline for his departure nor who his successor will be.

While it would be expected that a family member would replace him, he suggested that his replacement was open to all in the business who have the required ability and who aspire towards the top job.

The company is also expanding its route system and will be taking over the distribution of National products outside of Kingston and St Andrew from Kevin Hendrickson, who runs several hotels in addition to the Kingston-based Yummy Bakery and Holsum Bakery in Williamsfield, Manchester – part of the Continental Bakery group.

Butch and Kevin are brothers.

The distribution centres are intended to be ‘green’ operations, with an eye on reducing environmental impact, and National is said to be examining the possibility of outfitting its fleet with electric and ultra-low sulphur diesel hybrid trucks and utilising more biodegradable wrapping material in line with international standards.

With education being a long-time passion for Hendrickson, he says a feature of each new distribution facility will be an early childhood centre, possibly for use as a homework room or for the teaching of mathematics to young children.

The distribution centres will continue, as is being done at the Balmoral Avenue location, to carry products of several smaller companies that fall under National Bakery’s ‘Bold Ones’ initiatives through which the company provides business support to small and media enterprises.