Walter Molano | Been there, done that 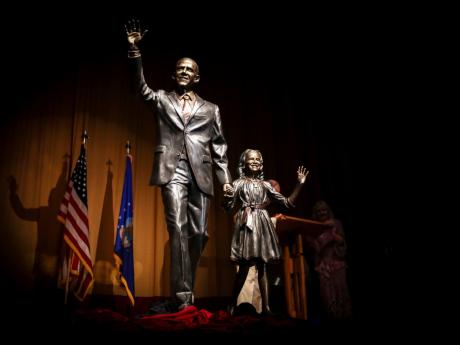 Many people wonder at the rise of nationalism around the world.

Turkey, the Philippines, Russia, the United States and Brazil are some of the countries expressing an unprecedented degree of nationalism. All of them extol the virtue of their states. They vilify minorities and incite violence.

Many people ask how this can be happening. Why now? We live in a modern era, where we are all cognisant of nationalist errors that have been made in the past. Yet, this is a pattern that has been seen, and with unsavoury consequences.

Hegel and Marx examined the notion of the dialectic. Hegel argued that history was not the culmination of random events; rather, it was the result of clashing ideas that moved it to the next stage of development along a progressive path, consisting of thesis, antithesis and synthesis. For Marx, the conflict was among the classes. Nevertheless, it still pushed history along a progressive vector.

As a result, both argued that history was an evolutionary, almost organic, process. Moreover, it is one that has similarities that resemble the past. That’s why, today, there is a sinking sense of familiarity.

Today, there is the rise of nationalism. The last time Western civilisation witnessed this rise was during the latter half of the 19th century.

The first half of the century had been one of liberalism. The ideals of individual freedom sown by the American and French Revolutions swept like wildfire throughout Europe. The concepts of the enlightenment that has been fostered by writers, such as Rousseau, Locke and Montesquieu, had led to the writing of new constitutions and the end of absolute rule.

However, it also led to the reign of terror and the messianic tyranny of Napoleon.

Liberalism espoused the virtues of economic laissez-faire and the protection of property rights. However, the onset of savage capitalism also led to the creation of poor-houses, squalid urban living conditions and abject poverty for the working poor. Clearly, there were limitations to liberalism.

Meritocracy did operate on a level playing field, and a small group of people fared much better than the rest in the new form of economic organisation.

But, people sought a new direction. This was provided by two major factors. The first was the rise of romanticism, which heaped praise on the traditions, culture and folklore of the past. The second was the Napoleonic Wars. In order to motivate the population to combat the foreign invasions, local leaders rallied the population around their common national identity.

By the latter half of the 19th century, nationalism reached a fevered pitch. It led to the unification of Italy and Germany, and sowed the seeds for the dismemberment of the Austro-Hungarian, Ottoman and Russian empires at the start of the 20th century. So, how is that similar to what is going on now?

The end of the Cold War, marked by the collapse of the Berlin Wall and the uprising in Tiananmen Square some three decades ago, heralded the start of a new form of liberalism.

Like the liberalism that emerged after the French Revolution, the post-Cold War version was both economic and political. Capitalists were let loose to do as they pleased. Deregulation ran amok. New trade deals opened economies to an onslaught by huge multinational corporations, and banks were allowed to do as they pleased.

At the same, individuality became the norm. Identities proliferated into an infinite cascade of nationalities, orientations and acronyms. The individual was aggrandised, at the expense of traditional institutions of country, tradition and religion. As was the case in the early 19th century, great fortunes were amassed by a few, while millions sank deep into poverty. The economic wheels came flying off the collective bus a decade ago with the US financial crisis, followed by the euro crisis.

Not surprisingly, just as occurred in the late 1800s, the needs and desires of the masses opened the way for a new way of thinking that romantically worshipped the past, glorified the nation, and called for the oppression of minorities.

Interestingly, this is occurring, mainly, in countries that do not have a history of having already lived through the nationalist fervour. Although there is the AfD party in Germany and Jobbik in Hungary, the more ardent nationalism is visible in the United States, Brazil, Turkey and the Philippines. Even Mexico is starting to display some signs of extreme nationalism.

However, as Hegel and Marx noted, it seems to be coming as a response to the previous period of liberalism. The long period of Clinton-Obama liberalism in the US benefited a few, but also left many people behind. This led to the resentment that was manifested by the new era of Trump-led nationalism.

Unfortunately, history tells us that extreme nationalism can lead to illogical and suicidal decisions that can be catastrophic in the end. Hopefully, the dialectic does not continue down this path.

Dr Walter T. Molano is a managing partner and the head of research at BCP Securities LLC. Email wmolano@bcpsecurities.com