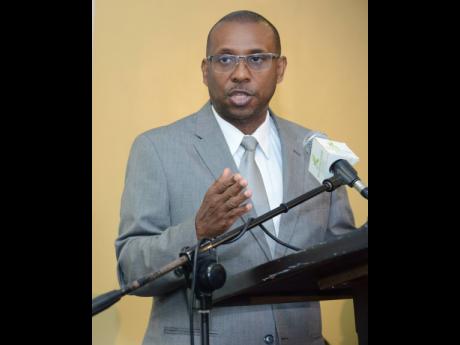 A year after acquiring pallet maker Woodcats International and sealing a distribution deal with beverage company SM Jaleel, Derrimon Trading is preparing to relocate to a larger complex at Ferry, Kingston, to facilitate its growing business.

The move, which comes in at a price tag of $100 million, will see Derrimon Trading doubling its current operating space at Three Miles. The distribution company, which also operates two grocery businesses, Sampars and Select, has opted to lease space for its new base from Tank-Weld Metals Limited.

Derrimon will outfit the distribution hub with new machinery, industrial vehicles and a docking station.

“We have outgrown the space at Three Miles and we are moving into a facility of 110,000 square feet, and the challenge now is how short a time it’s going to take for us to outgrow that. We have also outgrown our IT system and the fact that we are now a conglomerate, we want to ensure that our controls can help us in being more efficient,” Cotterell said.

Derrimon Trading currently occupies roughly 58,000 square feet of space at its home at 235 Marcus Garvey Drive at Three Miles in Kingston. According to Cotterell, Derrimon’s offices and retail outlet will remain at Marcus Garvey, but its distribution operation will be relocated to Ferry by yearend for the business to begin operating from its new home by January 2020.

The move will create space for Woodcats International to expand production and storage to Marcus Garvey Drive.

“So where Derrimon is located in Three miles, Woodcats is going to share some of that space with our offices. They will get probably 25,000 square feet more to build out, and that business is really growing fast,” Cotterell told the Financial Gleaner on the margins of the company’s annual general meeting on Wednesday.

Woodcats currently operates at 27 Slipe Pen Road, near Cross Roads in Kingston, where it manufactures and sells pallets, lobster traps, crates, landscape mulch, plastic pallets, slip sheets and shrink wrap. Woodcats currently sells to businesses in the local manufacturing sector but is looking to expand its footprint into other Caribbean countries.

As for Woodcats’ venture into new products, Cotterell noted that the company is still doing research. At the same time, the CEO is also on the hunt for cheaper raw materials to reduce input costs.

“The first thing we are doing is increasing production capacity and then we are going into new lines, but we are just exploring now,” he said.

Despite construction of the Three Miles overpass negatively affecting some areas of the business, Derrimon Trading Company Limited posted consolidated revenue of $9.3 billion for year ending December 2018, which includes the share of revenue from its joint venture operations in Select Grocers and subsidiaries Caribbean Flavours & Fragrances Limited and Woodcats International. That’s up from $6.7 billion the previous year.

Group net profit fell 1.6 per cent to $277.2 million for 2018 due to tax charges and slightly higher debt financing charges.

The group grew assets by 40 per cent from $2.88 billion to $4.04 billion, due to its new acquisitions, which were financed by debt.

With borrowings of about $1.7 billion amounting to 40 per cent of total assets last year, Derrimon was deemed highly leveraged but its auditors, McKenley and Associates, appeared satisfied with the management of the debt and made no adverse findings.