Cannabis export regulations to be tabled in next month 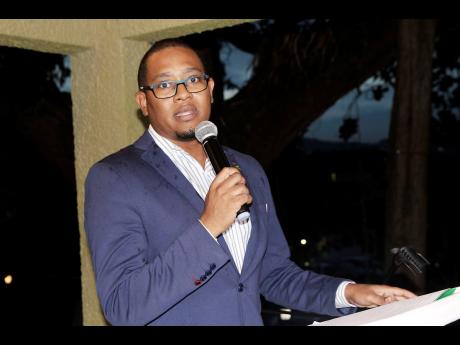 Floyd Green, the Minister of State for industry, commerce and agriculture, expects the tabling of regulations around the commercial export of cannabis in Parliament to happen by late April.

The first draft of export regulations for the commercial export of cannabis were announced last August. Since then, the draft has been back and forth among various agencies, including the Ministry of Industry, Attorney General’s Department, Chief Parliamentary Counsel and the Cannabis Licensing Authority, CLA.

The final draft is now ready.

“It was just returned from Chief Parliamentary Council. We have reviewed it as central ministry, sent it to CLA to see if they have any comments; but now we are a bit confident that we have arrived at the final product,” said Green on Friday.

“It’s just to sign off on it and send it back to Chief Parliamentary Council so that they can forward it to the legislative committee,” he told the Financial Gleaner on Friday.

To date, the CLA has issued some 57 licences for cultivation, retail, processing, and research and development since the board started taking applications in late 2016. A few of the licensees have been exporting local cannabis to Canada, but for research purposes.

Green noted that in cases where an approved licensee is conducting business with a international company which has received approval for an import licence from its home country, the CLA, under the Cannabis the Dangerous Drugs (Amendment) Act 2015, has the power to facilitate the export of cannabis for commercial purposes even without the regulations being in place.

“You have people approaching us to say they have an interest. If that person is conducting business with a company that has been issued an import permit for the country, we will allow them to export,” Green said.

Indeed, Jamaica’s Kaya Extracts Limited began exporting cannabis oil to the Cayman Islands for medicinal purposes in the first week of February. In Cayman, while medical cannabis oils and tinctures are allowed for consumption with a prescription, no local cultivation or production is permitted there. As such, cannabis products can be traded with that country as long as the shipment is approved by the Cayman chief medical officer prior to import.

On enactment of the export regulations, the CLA will have authority to grant licences and permits for import and export of the cannabis flower and extract or resin. It would make Jamaica one of only 10 countries in the world with an export regime and, according to CLA board Director Delano Seiveright, position country as a leader in the cannabis industry internationally.

“Our hope is that it will get back to the Chief Parliamentary Counsel by next week and then hopefully another three weeks after that we can send it to the Legislative Counsel. Once it goes to the legislative committee, then it will make its way to be tabled in Parliament, hopefully over the next six to eight weeks,” said Green.