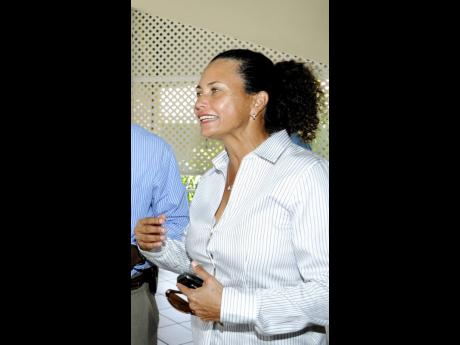 Mapco Printers, a company that has operated in Jamaica for 34 years and holds a tenth of the market, has struck a deal that will see the outsourcing of its print productions to competitor Lithographic Printers.

The production partnership falls short of Lithographic’s more ambitious goal of acquiring Mapco – a deal that remains elusive even after a decade of talks with owner Michele McCreath-Gabay.

Still, the Duquesnay brothers, Sean and Simon, who operate Lithographic Printers, reckon that the partnership, which was fast-tracked by the outbreak of COVID-19, has pushed the company closer to its target of becoming Jamaica’s number one print business.

Lithographic, which is nearly twice as old as Mapco, having operated for 62 years, is estimated to hold roughly 35 per cent of the printing market through its core offset printing service, flexible folding carton department for packaging contracts; T-shirt printing; and outdoor solution division that provides vehicular, wholesale branding, corporate building signage, and other services.

Production jobs for Mapco’s packaging and hospitality contracts are expected to add another 10 per cent to the market Lithographic Printers will serve.

“That will push us closer to the 50 per cent mark,” Managing Director of Lithographic Printers Sean Duquesnay told the Financial Gleaner in an interview on Monday.

As part of the arrangement, Lithographic Printers will acquire printing assets of Mapco Printers valued at $100 million.

The company, which anticipates a 25 per cent to 30 per cent boost in revenue from the new business, will also offer jobs to around 15 of Mapco’s staff whose jobs have been eliminated under the restructuring at that firm, occasioned by the outsourcing of its production function.

“Both companies will continue to operate independently, but given the effect COVID-19 has had on both our businesses, we thought the partnership would be the best way to move forward,” said McCreath-Gabay, Mapco’s founder and CEO.

She expects the reduction in overhead expenses from the outsourcing to Lithographic Printers will allow the company to break-even over the next 12 months.

“Currently, we are making a loss. It was a hard decision handing those letters to the staff, but I believe that it creates better economies of scale between the two companies and hopefully, we will be able to make a profit,” McCreath-Gabay told the Financial Gleaner.

Mapco will continue to seek new business for its own company, but under the new arrangement it will also push Lithographic Printers’ outdoor advertising business, among other services that don’t conflict with its own package deals to clients.

For the Duquesnays, the arrangement means a boost to Lithographic’s packaging contracts, even moreso when Mapco’s proprietary business with clients in the tourism sector gets back on track. The sector was among the first to lock down after the virus was detected in Jamaica, but has been slowly reopening since around mid-June.

With the added production capacity from the acquisition of Mapco’s equipment, they’re also looking to position for business that to now has been elusive – schoolbook contracts from the Government.

“All the large contracts are sent overseas right now, but we believe that with the acquisition of the additional machinery, we are better positioned to be awarded contracts from both local publishers and the Government,” Sean said.

Large government contracts for the printing of schoolbooks usually runs to around $1 billion, he added.

Lithographic is taking control of Mapco’s production starting this week. Simultaneously, the printery is commissioning its new solar energy system, from which it is projecting savings of 70 per cent on its electricity bills.