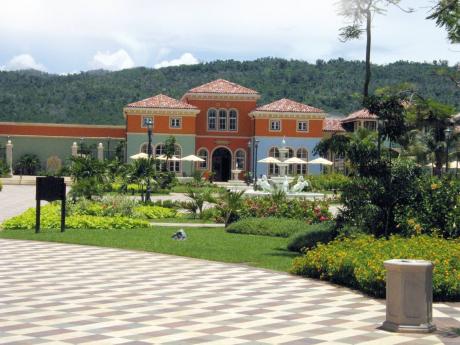 The Judicial Review Court has ruled that the contractor general lacked jurisdiction to probe the sale of the Sandals Whitehouse Hotel in Westmoreland, handing a victory to hotelier Gordon ‘Butch’ Stewart and his firm Gorstew Limited, nearly a decade after the deal went through.

The Judicial Review Court in its ruling of July 22 agreed with Gorstew’s position, and declared that the investigation launched by the agency was illegal.

Stewart declined to comment on his victory “at this time”, his office said. Greg Christie, the former contractor general and current executive director of the Integrity Commission, told the Financial Gleaner on Monday that the special investigation had never been completed because of the injunction.

The dealings around the hotel date back to around 1990 when the Government struck a deal with Gorstew Limited, a lease and sale agreement, for lands located at Ackendown in Westmoreland for development of a 200-300 room hotel.

Gorstew was to construct the hotel between June 1991 and November 1992, at its own cost, but failed to meet the deadline.

Around a decade later, in 2001, Gorstew and state agencies Urban Development Corporation, UDC, and National Investment Bank of Jamaica, NIBJ, struck a joint-venture agreement to construct a 360-room hotel on the said property at Ackendown.

The hotel, per the agreement, would be leased to Gorstew for 20 years and operated under the Sandals brand.

The land to be developed was held in a vehicle called Ackendown Newtown Development Company Limited, or ANDCo – the shareholding in which was split: UDC, 37.43 per cent; NIBJ, 29.96 per cent; Gorstew, 32.61 per cent.

The initial costing for the construction of the hotel was projected at US$60 million and was financed largely by the Government of Jamaica.

However, the final construction cost for the hotel was almost double, at approximately US$110 million.

The court noted that the construction finalised in April 2011 was beset by several problems, including cost overruns, delayed completion and substandard construction; and that Gorstew sued its partners in the joint venture, alleging losses.

Eventually, however, the parties opted to resolve the issues among themselves. As part of the resolution reached in early 2011, they agreed that Gorstew would purchase the hotel known as Sandals Whitehouse.

By that time, the contractor general had launched an investigation into the divestment, invoking its statutory powers to do so in January 2011.

Stewart’s lawyers – Hugh Small QC, Ransford Braham QC and Jerome Spencer – argued to the court that the contracts covered by the CGA relate to those that flow from a tender and award process, but that was not the mode by which the Sandals Whitehouse Hotel was divested. It was, they argued, based on a consensual agreement between the parties.

Justice David Fraser, who wrote the judgment on behalf of the three-member judicial review panel – the others being Justice Lloyd Hibbert and Justice Sarah Thompson-James – concluded as a result of that argument that the contractor general was not empowered to investigate the sale.

Justice Fraser granted an order invalidating the probe that was initiated in 2012 with the document request to Gorstew.

Attorney Jacqueline Samuels-Brown QC, who represented the contractor general in the case, said the next steps would be determined by instructions from the Integrity Commission. The commission, meanwhile, said it was still studying the Judicial Review Court’s judgment.