David Jessop | China, the US and a new world order 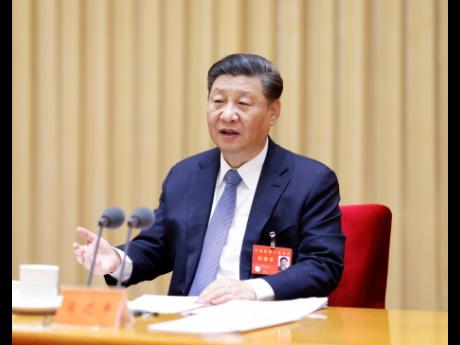 A few days ago, China’s President, Xi Jinping, addressed the opening of this year’s Davos World Economic Forum. His remarks imply that China is positioning itself to be the voice for a new multilateral world order.

The full text warrants careful reading. It suggests that Beijing believes that it has achieved global equivalence to the US and as its economy and influence grow stronger, it intends playing a much broader, higher-profile leadership role in every aspect of international relations.

Indicating that the world will not revert to the past, China’s president identified four major tasks that his government and party believe should shape the world of the future. These were, he said, the promotion of inclusive worldwide economic growth though macroeconomic policy coordination; abandoning ideological prejudice through recognition that each country’s system of governance is unique; closing the prosperity divide between developed and developing countries while enhancing the latter’s voice in global economic governance; and a renewed focus on multilateralism.

Without mentioning the United States by name, he criticised nations that seek to “build small circles or start a new Cold War, to reject, threaten or intimidate others, to wilfully impose decoupling, supply disruption or sanctions, and to create isolation or estrangement”. This, he warned, will only push the world into division and confrontation.

In his remarks, President Xi also proposed a more open world economy and the promotion of measures that increase multilateral trade, investment, and technological exchange. He said, too, that China will encourage a much stronger and better-coordinated responses from the G20. “Selective multilateralism,” he observed, “should not be our option.”

Then, without mentioning directly Western criticism of Beijing’s troubling approach to human rights, dissent, and democracy, China’s President said that such issues should not be an excuse for antagonism or confrontation. “We should respect and accommodate differences, avoid meddling in other countries’ internal affairs, and resolve disagreements through consultation and dialogue,” Xi he told the annual high-level gathering.

China itself, he observed, is “on course to finish building a moderately prosperous society” and has embarked on building “a new development paradigm” with its domestic market as its mainstay with “domestic and international circulations reinforcing each other”. His country, he said, would continue to promote a new type of international relations, seeking to bridge differences and deepen South-South cooperation through a more open, balanced, and inclusive form of economic globalisation.

The wide-ranging and integrated nature of President Xi’s remarks reinforces comments made by the new US Secretary of State, Antony Blinken, at his Senate hearing when asked about China’s ambition.

“They are much more assertive in making clear that they seek to become, in effect, the leading country in the world, the country that sets the norms, that sets the standards, and to put forward a model they hope other countries and people will ascribe to,” Mr Blinken said.

This, he told Senators, obliged the Biden administration “to demonstrate that the vision we have, the policies we pursue, and the way we do it, is much more effective in actually delivering for our people, as well as for people around the world, to make sure that our model is the one that carries the day”.

Achieving this will be challenging. President Xi’s remarks reflect an approach to policy that China’s centralised consensus-based single-party-linked system of government can deliver over decades with few domestic challenges. By contrast, leaders and political parties in Western democracies rise and fall with regularity, making consistency and policy sustainability complex and uncertain.

Washington is now short on time to develop, enunciate, and deploy a coherent new vision of how it intends responding to China’s ambition, which, to quote Mr Biden’s press secretary, “threatens our alliances and our influence in international organisations”.

Despite the pandemic, China’s economy is rapidly recovering. In 2020, it grew by 2.3 per cent and analysts forecast that it will experience 5.7 per cent average year-on-year GDP growth up to 2025, with its economy overtaking that of the US between 2026 and 2028.

This suggests that if a far from unified West wants to counterbalance China’s global influence, Washington will need to develop viable economic and political coalitions with its allies. This will require much more than ‘smart sanctions’ and common expressions of concerns about human rights, the treatment of the Uighur people, the future of democracy in Hong Kong, and China’s military presence in the South China Seas.

To respond, Washington will need to grow its economic influence around the world by pursuing an outward-looking policy that creates linkages, incentivises US private investment, actively encourages supply chains, and pursues and delivers tomorrow’s technologies while demonstrating domestic stability and the relevance of its values.

It will also require trust being restored after four years in which a US president and his Cabinet saw relationships as transactions and pushed aside and even insulted allies and friends.

President Xi’s remarks indicate that China will now seek to redefine the Western-dominated global norms that have been in place since the end of the Second World War and to reshape, repurpose global institutions in ways that will enhance Beijing’s influence. They also indicate that China would have the world accept that vastly different forms of democracy can co-exist and that there are alternative interpretations of human rights.

For the Caribbean, co-existing in a world in which two dominant, philosophically different powers vie for supremacy will be difficult.

What President Xi says about multilateralism, climate change, respect for sovereignty and equity resonates strongly with regional thinking. Despite this, the region is within the geographic, economic, security, and political ambit of the US, and as Jamaica’s Prime Minister Andrew Holness recently told Bloomberg Television, it is “intrinsically and inextricably” linked.

If the Caribbean is to benefit from the emerging new world order, Washington and its allies should reflect on President Xi’s remark that “no two leaves in the world are identical”. To succeed, the West must create and deliver recognisably different, well-funded, collegiately arrived at programmes that meet the recovery needs of the region and others.