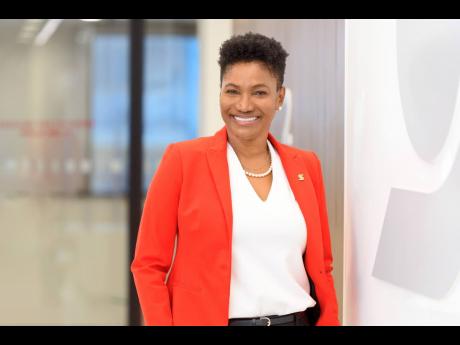 Scotia Group Jamaica, operator of the country’s second largest commercial bank, will deepen its investment in digital services this year and is weighing the prospect of what the virtual currency being developed by the central bank could mean for business.

“We are also prepared to move with the central bank as they move to the implementation of a digital currency. As soon as the details are given to us, then we will be able to work with that shift to digital,” said president and CEO Audrey Tugwell Henry at the banking group’s annual general meeting held online on Friday.

The Bank of Jamaica (BOJ) is in the process of developing a digital or virtual currency as an option to cash. It would be additional to banknotes and coins, reflect the value of the Jamaican dollar, and be backed by the central bank as legal tender.

Tugwell Henry, who took over as president and CEO of Scotia Group at the beginning of January, said the bank’s customers continue to migrate to online services, having found it a more convenient option, since the pandemic.

Between 2016 and 2020, online and mobile banking activity increased from 17 per cent of total transactions to 27 per cent, and branch transactions declined from 19 per cent to 7.0 per cent over the same period, she noted.

“While ABM machines are still the preferred channel, there has been a clear shift to point-of-sale and online and mobile banking,” she said.

This year, Scotiabank will expand its online services so that customers will be able to open accounts online as well as access loans and credit card products.

“In 2021, our digital-transformation programme will expand beyond transaction processing and focus on optimising digital as a key enabler to provide financial solutions to make it easier for them to do business with us,” Tugwell Henry said.

Prior to her promotion, Tugwell Henry headed the bank’s retail operations. She noted that the pandemic had affected business but that the group still performed well, overall. Scotia Group Jamaica’s first-quarter profit for the period ending January 2021, slipped by $33 million to $1.75 billion. It will pay interim dividend of 40 cents per share.

The bank grew loans in the quarter but by less than $5 billion to $217 billion, underperforming what the new CEO noted had been double-digit growth levels in both commercial and consumer loans before the pandemic hit.

“We are not worried about our ability to rebound as the macro-conditions become more favourable. We have high levels of liquidity that we can deploy,” she said about the banking group’s cash holdings of $95 billion.