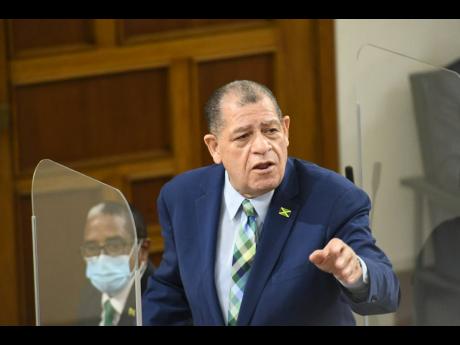 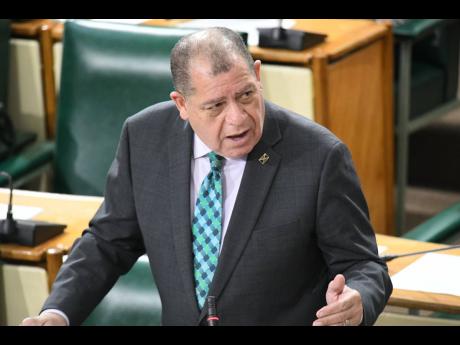 The Ministry of Industry, Investment and Commerce, MIIC, is working with both private- and public-sector interests on the development of a secondary market for confiscated property, an initiative that at its core is meant to unlock capital for...

The Ministry of Industry, Investment and Commerce, MIIC, is working with both private- and public-sector interests on the development of a secondary market for confiscated property, an initiative that at its core is meant to unlock capital for small businesses by making banks more comfortable that they can recover bad debt when risky enterprises default on their loans.

The initiative is built around the personal and other assets used as security – referred to as collateralised assets – for loans taken out by micro and small businesses, and which are registered on the National Security Interests in Personal Property Registry, or NSIPP platform.

The secondary market project is in its early stages. It will operate as a virtual platform for the sale of repossessed movable assets – allowing banks and other lenders to sell the assets they confiscate to recover the debt.

Other issues as to how the sales would be effected, whether through auctions or some other method, transparency of the system, which agency would be in charge of it, or even whether its operation would be outsourced to a private entity, will be settled or determined with time.

The roll-out of the virtual platform, which will be preceded by a pilot test, is expected to take about two years. Its financing is still to be finalised.

The Young Entrepreneurs Association, YEA, sees the platform as a step in the right direction to unlock capital for small operators. But it also wants non-traditional sources of financing onboarded to the platform, such as pawn shops, which themselves engage in resale of goods that are pawned for cash.

“Inclusion is a must going forward, especially for operators in the pawn market, who are now considered to be doing business in an informal secondary market,” said YEA President Cordell Williams-Graham.

“It is hoped that as the government rolls this out, it will help to bring credibility and legitimacy to the work they are doing and not result in erroneous requirements for formal participation that leaves them excluded from an industry they have upheld for decades,” she said.

Jamaica is moving ahead with the secondary market project, having got positive feedback from a study commissioned by the International Finance Corporation, a member of the World Bank Group, which found that the development of a secondary market for the sale of collateralised assets would serve to unlock financing for the MSME sector, comprised of micro, small and medium enterprises.

Since the creation of the NSIPP in 2013 – even with the initial hiccups that led to the temporary shutdown of the registry at one stage to address concerns by bank lenders – the use of personal assets, such as motor vehicles, furniture and financial securities, to secure financing for loans, particularly personal debt, has grown in Jamaica.

On the NSIPP, motor vehicles, which are easily valued and have quick resale potential, represent 79 per cent of assets listed by the registry.

However, for commercial debt, only a small number of movable assets, such as machinery, equipment, financial securities, accounts receivable, agricultural produce, and intellectual property rights, have been used as security for business loans.

Just 8.8 percent of the 60,000 registered businesses in the MSME community have secured debt financing for their operations utilising movable assets as collateral, based on the registry data.

That ratio is one indicator of the yet-unresolved problem of unlocking access to financing for most small business ventures, as bank financing is typically approved around immovable assets such as land and buildings.

The Government of Jamaica hopes to shift the statistics in favour of MSMEs through the development of the secondary market. Its aim is to build a robust platform as conduit for a serious resale market.

MIIC told the Financial Gleaner that it’s now in discussions with the World Bank, Jamaica Manufacturers and Exporters Association, Jampro, Companies Office of Jamaica and the Bank of Jamaica on the design and testing of the platform.

“The ministry is considering possible ownership options,” said the MSME Division of the MIIC, without specifying what those options entailed.

It also intends to consult with potential secondary market e-commerce platform hosts and tech providers regarding the selected design for the platform.

“Based on the activities required, it may take up to 24 months to get to the launch stage,” said the MSME Division.

The activities include a pilot project to test the efficacy of the platform. It would focus initially on small manufacturers and agro-processors.

The MIIC says the secondary market builds on the objectives of the NSIPP registry hosted by the Companies Office of Jamaica, that is, mainstreaming movable assets as acceptable security for collateralised lending.

The idea of the asset resale platform has piqued the interest of both the banking community, which currently sees SME lending as an opportunity to grow their loan portfolios, as well as the associations that represent small ventures.

JMMB Bank Jamaica, for example, said via email that it was generally in favour of the initiative, but awaits detailed discussions with the Jamaican Government to assess its efficacy.

YEA wants the initiative to be built out as broadly as possible.

“We believe any move towards enabling productivity by creating greater access to capital for MSMEs is a step in the right direction and beneficial to the growth of the economy,” said Williams-Graham.

“As the government continues to build out the policy foundation, we hope it will be more inclusive to all types of moveable assets which will give all MSMEs a chance to participate and benefit,” she said.

As now envisioned, the design of the secondary market platform will take the trading of multiple types of movable assets into consideration, include features to grab the attention of local buyers and sellers, and positioned to attract business in Jamaica and from the wider Caribbean.

The platform is expected to address what the MIIC describes as existing weaknesses in the valuation of repossessed assets. The system will be structured to ensure pricing transparency around repossessed assets; and buyers and sellers will be screened, the ministry said.