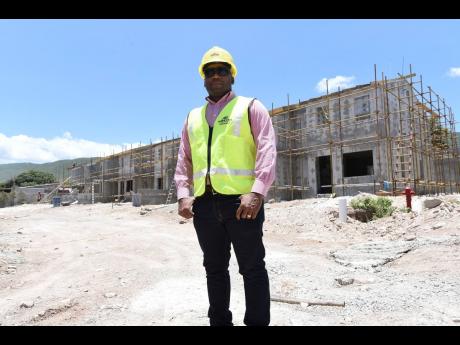 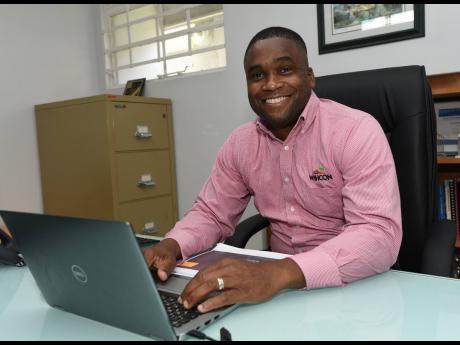 Housing developer West Indies Home Contractors Limited, WIHCON, is pumping funds into research and development around prefabricated steel and container homes as more affordable options for homebuyers at the mid- to lower end of the residential...

Housing developer West Indies Home Contractors Limited, WIHCON, is pumping funds into research and development around prefabricated steel and container homes as more affordable options for homebuyers at the mid- to lower end of the residential market spectrum, where demand is said to be overwhelming.

The developer, which has been constructing homes in Jamaica for more than 60 years, says it’s engineering a shift in the real estate market from the traditional block and cement dwellings by 2023, but has identified Jamaican’s culturally ingrained appetite for concrete buildings as its greatest hurdle in getting started.

Discussions are now taking place between the developer and potential suppliers around the new building materials.

The next step will see WIHCON entering talks with joint-venture partners, such as the state-owned National Housing Trust, NHT, and the Housing Agency of Jamaica, HAJ, on the modular housing structures – which would see the housing units being built in sections, or modules, and then transported to the construction site. Thereafter, WIHCON will build out model units to test the market.

Marvin Campbell, WIHCON’s newly appointed CEO, is leading the reform. He took over the position a year after shadowing former CEO Delroy Alcott.

“We are taking note of what’s happening in the global construction space and to see what’s applicable here in Jamaica. The truth is that if we want to increase the number of homes that we build and the price at which these houses are sold, the way we build has to change over the next three to five years. We have to look at how we can assemble houses much faster to save money,” Campbell said in an interview with the Financial Gleaner.

Jamaica’s annual demand for housing solutions stands at roughly 20,000 annually, much of which is for homes falling within the low- to middle-income bracket, Campbell said. The NHT and HAJ, both government-owned agencies, serve that end of the market, which is why WIHCON is looking for buy-in from them.

The company also does not do high-end homes. Its target is, and will remain, low- to middle-income developments, for which prices range from around $8 million to $22 million.

Most of the savings from the adjustment of its production methodology is expected to come from the reduced time to assemble units and complete a development – which Campbell said is expected to reduce costs by around 20 per cent.

The savings will be passed on to consumers, he added.

WIHCON spends some $6 billion annually on its developments, but is still tallying how that would change beyond 2023.

WIHCON typically takes two to three years to complete a development, which may either be town houses, detached homes or apartment complexes, but by switching to modular units, it expects to complete projects within a third of that time.

“We’re of the view that production needs to take place in an offsite, sterile environment, and the actual assembly takes place on the construction site. So modular housing is one of the ways we want to build going forward. Our focus now is on research and development,” Campbell said.

The concept of prefabricated homes is not new to Jamaica. In fact, the majority of schemes in Portmore, St Catherine, were developed by WIHCON in the 1990s with prefabricated concrete material.

Container structures in Jamaica are commonly used for commercial purposes. WIHCON wants to extend that to residential real estate on a commercial scale, but says it can’t say whether it would be the first to do so locally until its research is completed.

“Containerised housing solutions is on a fast rise globally. When they are shipped, the only thing that’s left to do is just install it on-site,” he said. “However, Jamaicans have an appetite for block and steel, and so we will have do to marketing and knowledge sharing around these housing structures. It is expected that people will seek assurances around the structures being able to withstand natural disasters like hurricanes.”

WIHCON plans to utilise the modular and container concepts for its upcoming development in Westchester, Portmore, St Catherine, as its first real test of the market. It recently tweaked the design for the complex, which will consist of 300 two-bedroom town houses, to incorporate space to facilitate telecommuters or remote workers, and is awaiting approval from the planning authorities.

“We are looking at how we can better utilise the space in that development for individuals working from home. For example, the new design could allow for the space below a staircase to be utilised as an office space or a closet to be converted,” Campbell said.

“The new designs will also incorporate backup systems, including solar panels to minimise power outages, and also Wi-Fi connectivity throughout the development.”

The updated design concept will become a new norm for WIHCON’s developments, but will not affect the price homeowners pay for the units, he added.

The real estate company currently has two developments under way in which it has partnered with the NHT – The Estuary in Friendship, Montego Bay, and Silver Sun in St Catherine. It’s also in the process of constructing Seascape, a 72-town house complex at Harbour View, Kingston.

WIHCON is also awaiting approval on another project earmarked for an undisclosed location in Trelawny. That project, along with the Westchester development and another earmarked for Waterford in St Catherine, comprises 1,300 units in total.