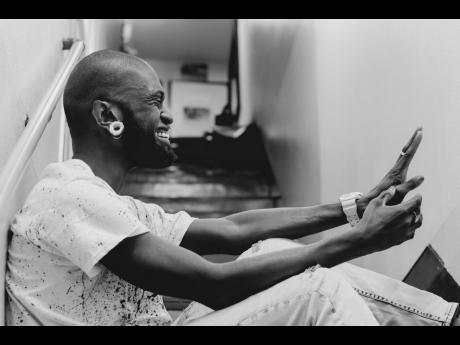 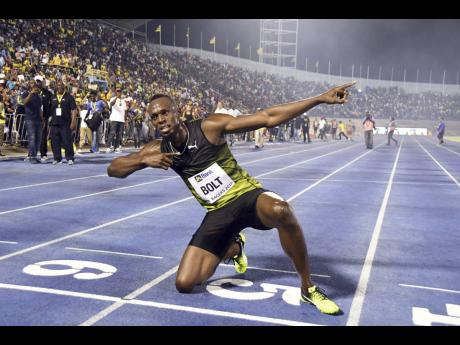 Sport celebrity Usain Bolt. The Olympian will start selling signed copies of his image as a NFT or digital art form. 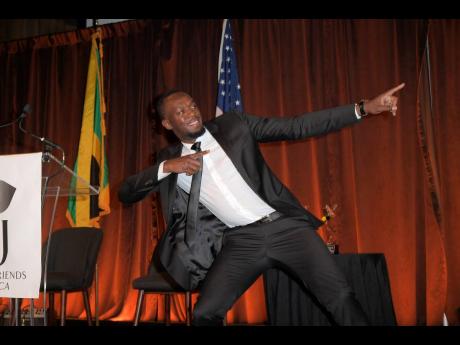 Usain Bolt makes his signature pose while collecting his award at the AFJ Award in NY.
1
2
3

Jamaicans are entering the digital art space through the minting or creation of what is called non-fungible tokens, or NFTs. Some, however, including galleries, are still cautiously observing the emerging trend surrounding the creation of art that...

Jamaicans are entering the digital art space through the minting or creation of what is called non-fungible tokens, or NFTs.

Some, however, including galleries, are still cautiously observing the emerging trend surrounding the creation of art that exists in a digital space, its adherents, and those that invest in it.

Athletes and singers have announced their intent to sell their brand image in NFT format, including sprinter Usain Bolt, the Jamaica Bobsleigh Team, and dancehall artiste Bay-C.

One seller, CryptoRastas, which makes dreadlocks wearing emojis in NFT format, has gained some US$700,000 worth of sales. That is based on the public ledger of sales totalling 175 in the cryptocurrency ether, which trades for around US$4,000. CryptoRastas has been operating for some time. A more recent entrant, Idris Veitch, walked the Financial Gleaner through the process of entering the developing NFT space.

Veitch, the son of Jamaican and Nigerian parents, studied fashion design in Japan. After he graduated, he stayed and worked there for about 11 years. He returned to Jamaica just as the pandemic started. That is the background to his art – black-centric within an Asian context yet seeking to dismantle stereotypes. Thematically, such art tends to fall into certain popular modern categories. But now, these themes are at times finding buyers digitally.

“I don’t use Afro-futurism to describe my art. To me, it is more than that. It is my individual story,” he said.

Veitch got into NFTs from a Sri Lanka-based friend-of-a-friend who spent US$200 to convert one of Idris’ pieces into an NFT. That is called minting, said Idris. It was minted on popular platform Opensea, which is similar to a digital gallery.

Another site based in Barbados features NFT Caribbean Art, but no response has been forthcoming from that entity regarding its operation.

Some platforms allow sellers to mint tokens for a cost, around US$200, and the person doing the minting gets to keep the bulk of the sale proceeds. Other platforms mint the art for free and are paid a fee by the creator of the artwork when the piece is sold.

Veitch explained that the seller determines the sale value as well as the finite number of copies put up for sale. Once minted, the art is displayed on the gallery. Veitch opened his account for the F inancial Gleaner. It showed that of the 10 copies minted, he had sold six. Interestingly, he can see any attempt by previous buyers seeking to resell the works.

“This guy is trying to resell the work for thousands of dollars. If he sells it, then I will get a cut,” said Veitch with a smile, later explaining that he would get 10 per cent from resales.

“I am looking to understand NFTs and how it relates to art as investment because that’s part of what we do,” said Rosie Thwaites, co-founder of Olympia Gallery in Kingston. “But I am not a crypto currency person,” she said.

Thwaites added that people are money-hungry and hope that a $1,000 investment in digital art will equal $100,000 in the future. However, she is sceptical that NFTs can sustain their value in the way that traditional art does, saying that the latter holds intrinsic value regardless of whether it is resold for a profit.

“There is also the simple joy of ownership,” said Thwaites.

Bolt, an Olympian and international sports celebrity, will sell NFTs bearing his signature in a collaboration with Autograph.io and DraftKings Marketplace, starting in 2022. Additionally, the Jamaican Bobsleigh team will seek to sell their NFT in collaboration with US-based Electric Token and @NFT, co-founded by Jason Falovitch and billionaire Mark Cuban. They aim to raise funds to help the team qualify for the upcoming 2022 Winter Olympic Games in Beijing.

The bobsleigh NFT drop will feature limited edition digital artwork, with bidding starting at 1.988 ether, which equates to about US$8,000.

Earlier this year, Bay-C minted his music in NFT format in collaboration with the Bombrush Record label. Bay-C, a member of the 1990s group TOK, said in a release that once an NFT is minted, it is digitally uniqu. It cannot be copied, but it can easily be transferred from person to person.

“This has given artists the ability to sell their music directly to their fans. NFTs can also be packaged with extras such as physical items such as limited-edition vinyl or signed memorabilia. But most importantly, artists can own their music again,” stated the release posted to Bay-C’s website.