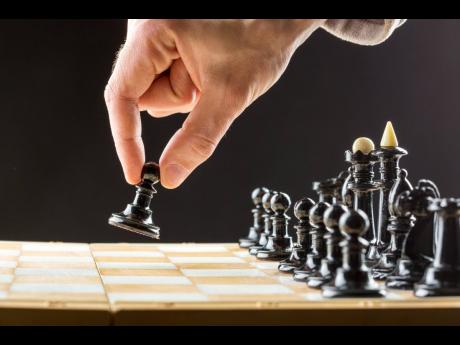 Have you ever been stuck in a strategic-planning session, complaining to yourself that “this is nothing more than a continuation of old, tired thoughts?” You know you need to intervene and somehow shift the level of thinking, but you don’t know what to say, and you certainly don’t want to make things worse. Do you suffer in silence or attempt to provide some leadership?

The truth is, you may already be someone who has been looking ahead and wondering why your company isn’t seeing the future the way you do. If you are, realise that this is uncommon. Most of your peers are fine going with the flow.

To be different, don’t sit back waiting for a juicy, post-retreat “I told you so”. Instead, harness your commitment by challenging your team to think strategically. Here are some ways to steer the ship.

1. Insist on planning for the long term

Start by insisting that strategies are not the same as tactics. In this vein, there is no such thing as short-term strategies. Tactics should only exist to implement a strategic plan, which should always be long term. While it is entirely possible to engage in daily tactics without a strategy, it is not likely to be sustainable. At some point, your lack of foresight will lead to actions that make things worse.

While some say they have a ‘long-term, five-year strategy’, you should immediately object. Once again, there is no such thing. If asked, explain that a five-year strategy is just a lazy extrapolation of past events, plus a few tweaks. It is the easy way out – the path of least resistance.

This is the kind of thinking that dooms companies. There is a reason GraceKennedy created a 25-year strategy in 1995 and subsequently left its competitors in the dust. Most can’t even remember who they were.

Remember Kodak? The reason Fuji, their arch-rivals, became a chemical company as Kodak went bankrupt is a case study in short- versus long-term thinking. In 2000, both were at the top, but only 12 years later, Fuji’s pivot was paying off while Kodak was reaping the results of stale, tactical judgment.

The point of a long-term strategy is to future-proof the organisation and assure its ongoing success. That won’t come by restricting your thinking to the comfortable future as Kodak did.

Instead, your company needs to look over the horizon and pick a destination. In other words, it must be like Columbus. His fellow sailors in the 1490s were afraid of sailing off the edge of the world. Today, managers are just as scared to craft plans too far into the future. Consequently, they limit their companies.

2. Emphasise the next generation

Short-term planning also tends to be a selfish exercise, by default. After all, it is only human to care about oneself first.

However, a team that creates outcomes 15 to 30 years in the future instantly turns on a switch. As if by magic, it automatically focuses on the next generation.

For example, a Caribbean company that intended to enter Latin America crafted big market-share goals. However, via detailed planning, it discovered that it would need its headquarters to be in Miami. Over time, the corporation would become American.

After confronting this fact, its leadership decided not to permanently disenfranchise future generations of Caribbean leaders by losing their Caribbean focus and headquarters. Instead, to keep the company in the region, they scaled back the plan significantly.

Even in the face of such useful thinking, some argue that technology is moving so fast that you can’t plan for it. However, in long-term planning sessions, teams learn that customers’ core needs don’t change. The only question they need to keep asking is, “How will they be fulfilled?”

In this context, technology changes the way customers’ unmet needs are addressed, so emerging innovations must be considered. But the overall goal of serving customers doesn’t change from one generation to the next.

Therefore, the main question to ask now is “Where is our company headed in the long term, and what technologies and human capabilities should we invest in today in order to get there?” Good answers are hard to find, yet executive teams have no choice but to embrace the struggle to find them. Why? In part because leadership will always have limited information. And disruptions have become a fact of life.

In the face of these limitations, you must still employ long-term thinking. As Winston Churchill said, “Plans are of little importance, but planning is essential.”

The point of a long-term exercise is not to be correct or accurate. Instead, it is to engage in the difficult planning and decision processes that can make or break an enterprise. As a participant in a session, this is a worthy challenge to inspire your team to tackle.

- Francis Wade is a management consultant and author of Perfect Time-Based Productivity. To receive a summary of links to past columns or give feedback, email: columns@fwconsulting.com