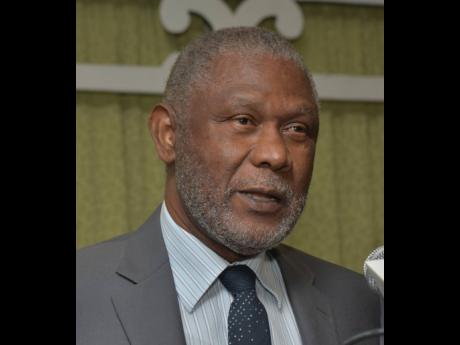 Financial analyst and investor John Jackson, a director and minority shareholder in SSL Venture Capital Jamaica Limited, SSLVC, has objected to the bid price for the shares by MFS Acquisition, claiming it vastly undervalues SSLVC, and has formally...

Financial analyst and investor John Jackson, a director and minority shareholder in SSL Venture Capital Jamaica Limited, SSLVC, has objected to the bid price for the shares by MFS Acquisition, claiming it vastly undervalues SSLVC, and has formally said no to the offer in writing.

His rejection, however, won’t have any impact on the takeover of the private equity company, given the near 80 per cent concentration of holdings in the hands of one entity that wants to cut its losses and is friendly to the deal. MFS Acquisition is seeking just the 79.08 per cent of SSLVC, a stake equivalent to the current holdings of Stocks and Securities Limited.

Bridgeton Management Services Limited, which is majority-owned by Jackson, holds just 251,000 shares, or 0.6 per cent interest, in SSLVC. Those shares at Thursday’s trading price on the junior stock market are valued at $429,210. But at the price being offered by MFS Acquisition, they are only worth $23,795.

The market values SSLVC at $684 million, whereas MFS’s offer prices it at $38 million.

Jackson told the Financial Gleaner on Thursday, a week after the MFS offer opened for subscription, that his company would prefer to offload the shares in SSLVC for $1.50 to $2, bringing the average value closer to the recent market price of $1.70.

It’s an option he says he may exercise once the takeover offer closes. He also anticipates that the stock price will appreciate over the next 12 months after the acquisition. That’s because the new buyer of SSL Ventures is expected to do a reset of the loss-making business and grow its earnings. The acquisition of SSL Ventures is being done by Micro-Finance Solutions Limited, using MFS Acquisition Limited as the vehicle for the takeover.

“The public is prepared to pay nearly $2 for SSLVC’s shares, because we believe that when a viable enterprise goes in and puts in the work, it will enhance the profitability of the organisation,” Jackson said.

MFS Acquisition is seeking 316,329,891 SSLVC shares, or 79.08 per cent interest, in the listed equity financing firm for which it will pay $30 million. By keeping its stake below 80 per cent, MFS Acquisition will be able to keep SSLVC listed.

The offer, being brokered by VM Wealth Management Limited, is on the market from May 11 to 25.

SSLVC, in a director’s circular posted on the Jamaica Stock Exchange at midweek, said Stocks and Securities Limited accepted MFS’s offer on May 11. Any acceptances made on or before May 18 are irrevocable, the director circular said, which means MFS Acquisition would have already locked in the shares it needs to acquire SSLVC.

Jackson is one of five directors on the SSLVC board, the others being Jeffrey Cobham, Zachary Harding, Brent Ciurlino and Christine Birch. But among them, Jackson is the only director owning shares in SSLVC, whether directly or indirectly.

The board of directors unanimously determined that the offer price is ‘fair’ from a financial point of view, not whether the offer price was the ‘best offer’ or an ‘ideal offer’, the circular noted.

In determining the fairness of the price, a subcommittee appointed by the board to review the takeover bid circular, which included Jackson, examined the annual reports and audited financial statements of SSLVC for the years ended December 2018 to 2021, unaudited financial reports for the six months ended 31 December 2021, other corporate, industry and financial market information, economic conditions and other analysis that the subcommittee considered necessary or appropriate.

The board, in coming to its decision said, said $0.0948 was a fair price for the shares, because: SSL Ventures had no portfolio investments and no operating income; parent company Stocks and Securities had withdrawn operating financial support at the end of March 31; the company’s weak financial position; the valuation of its fixed assets was just $1.15 million; and prior indications to the board that a solution would be required to the financial challenges faced by the company.

Additionally, the board took into consideration the opportunity for SSL Ventures to be taken in a fresh direction, as well as the majority owner’s desire to divest the company.

“I understand the need for Stocks and Securities Limited to offer their holdings, and $30 million represents for them a reasonable salvage on their investment. Rather than spending more money and time on it, they wanted to offload it,” Jackson said.

He added, however, that for minority shareholders and new investors, their perspective and outlook would be different.

“Newer shareholders are prepared to pay nearly $2 per share for SSLVC because they see potential for growth under the new owners. I’ve not been able to work out whether the stock will go up or down, but a lot will depend on whether they decide to inject capital into the business and if that’s done via a rights issue or otherwise,” Jackson said.

“It’s really a stock that has limited supply, and I’m of the view that when a viable operation is put in place, that the value of the stock will go up, and so I’d rather hold,” he added.

SSL Ventures entered the stock market as a start-up music publishing company in 2012, following an IPO brokered by Stocks and Securities. The business made no headway and six years later, Stocks and Securities executed a reverse takeover of C2W Music Limited, as it was known, and repositioned it as a private equity firm. That operation also failed.

Over time, as SSLVC’s losses mounted, the company’s deficits accumulated to $358 million, but it cauterised some of the bleed through the sale of the portfolio companies it held.

At March 2022, with no assets left, the company reported accumulated deficits of $149 million, exceeding its share capital and reserves, which totalled $112 million.

SSLVC’s total capital remained in the red, at negative $53 million, but was in a far better position than the negative $275 million that prevailed the year before.