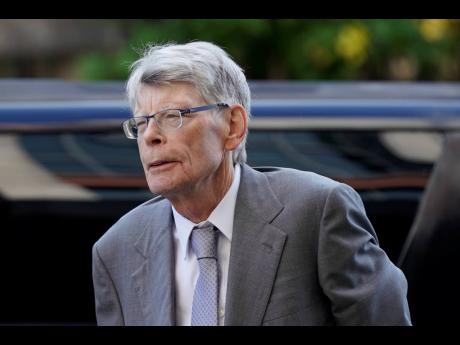 AP
Author Stephen King arrives at federal court before testifying for the Department of Justice as it bids to block the proposed merger of two of the world’s biggest publishers, Penguin Random House and Simon & Schuster, Tuesday, August 2, 2022, in Washington. 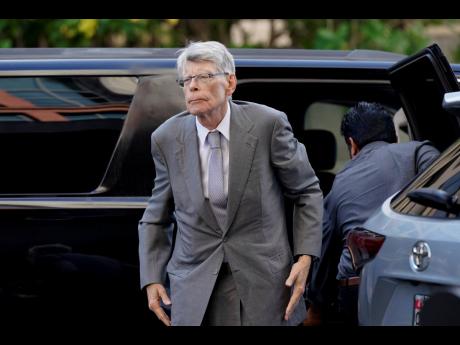 AP
Author Stephen King arrives at federal court before testifying for the Department of Justice as it bids to block the proposed merger of two of the world’s biggest publishers, Penguin Random House and Simon & Schuster, Tuesday, August 2, 2022, in Washington.
1
2

Bestselling author Stephen King gingerly stepped up to the witness stand Tuesday in a federal antitrust trial. Tracing his own history, he laid out a portrait of a publishing industry that has become increasingly concentrated over the years while richly rewarding his creative endeavours.

“My name is Stephen King. I’m a freelance writer,” King said as he began his testimony as a witness for the United States Justice Department. The government is bidding to convince a federal judge that the proposed merger of Penguin Random House and rival Simon & Schuster, two of the world’s biggest publishers, would thwart competition and damage the careers of some of the most popular authors.

King’s appearance in US District Court in Washington – highly unusual for an antitrust trial – brought a narrative of the evolution of book publishing toward the dominance of the Big Five companies. As government attorney Mel Schwarz walked King through his history starting as a new, unknown author in the 1970s and his relationships with agents and publishers, King homed in on a critique of the industry as it is now.

Wearing all grey – suit, shoes and tie – King crisply answered Schwarz’s questions, with some moments of humour and brief flashes of gentle outrage, as he testified during the second day of the trial expected to last two to three weeks.

King’s displeasure about the proposed merger led him to voluntarily testify for the government.

“I came because I think that consolidation is bad for competition,” King said. The way the industry has evolved, he said, “It becomes tougher and tougher for writers to find money to live on.”

“The Big Five are pretty entrenched,” he said.

King expressed scepticism toward the two publishers’ commitment to continue to bid for books separately and competitively after a merger.

“You might as well say you’re going to have a husband and wife bidding against each other for the same house,” he quipped. “It would be sort of very gentlemanly and sort of after you, and after you,” he said, gesturing with a polite sweep of the arm.

In another surprising move, attorney Daniel Petrocelli representing the companies told King he had no questions for him and demurred on a cross-examination.

Turning out around 60 bestsellers starting from his first book in 1974, King has thrived like few other writers.

The author of Carrie, The Shining and many other favourites, King has willingly – even eagerly – placed himself in opposition to Simon & Schuster, his long-time publisher. He was not chosen by the government just for his fame, but for his public criticism of the US$2.2 billion deal announced in late 2021, joining two of the world’s biggest publishers into what rival CEO Michael Pietsch of Hachette Book Group has called a “gigantically prominent” entity.

“The more the publishers consolidate, the harder it is for indie publishers to survive,” King tweeted last year.

He may not have the business knowledge of Pietsch, the Justice Department’s first witness on Monday, but he has been a published novelist for nearly 50 years and knows well how much the industry has changed as some former publishers were acquired by larger companies. “Carrie,” for instance, was published by Doubleday, which in 2009 merged with Knopf Publishing Group and now is part of Penguin Random House. Another former King publisher, Viking Press, was a Penguin imprint that joined Penguin Random House when Penguin and Random House merged in 2013.

King’s affinity for smaller publishers is personal. Even while continuing to publish with the Simon & Schuster imprint Scribner, he has written thrillers for the independent Hard Case Crime. Years ago, the publisher asked him to contribute a blurb, but King instead offered to write a novel for them, The Colorado Kid, released in 2005.

“Inside I was turning cartwheels,” Hard Case co-founder Charles Ardai would remember thinking when King contacted him.

King himself would likely benefit from the Penguin Random House-Simon & Schuster deal, but he has a history of favouring other priorities beyond his material well-being. He has long been a critic of tax cuts for the rich, even as “the rich” surely includes Stephen King, and has openly called for the government to raise his taxes.

“In America, we should all have to pay our fair share,” he wrote for The Daily Beast in 2012.

Petrocelli argued for the defence that the industry was actually diverse, profitable and open to newcomers. Publishing means not just the Big Five, he contended, but also such medium-size companies as W.W. Norton & Company and Grove Atlantic. He contended the merger wouldn’t upend writers’ ambitions for literary success.

“Every book starts out as an anticipated bestseller in the gleam of an author’s or an editor’s eye,” he said.