Haiti President says he is not corrupt 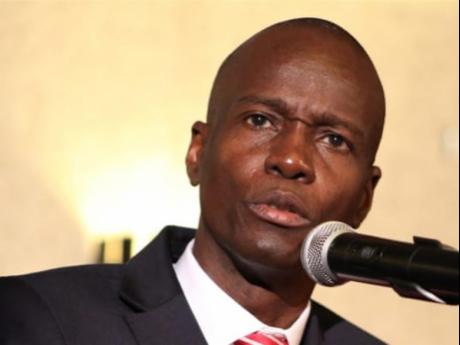 PORT AU PRINCE, Haiti, CMC – President Jovenel Moise, insisting that he will not allow “anyone to put chaos and disorder in the country under any pretext,’ Wednesday said he was not corrupt even as opposition forces announced plans for more street protests later this week to force him out of office.

“I am going to look you right in the eyes, to tell you today, your President, the one you voted, is not involved in corruption. Your President was never in corruption. The justice system needs to do its job and carry out an investigation,” Moise said.

He was addressing the 24th anniversary of the founding of the Haiti National Police.

“Persons who wrongly managed or used the government’s money will have to respond to justice in a process that is just, balanced and without political prosecution and without bias,” he said.

Moise has been facing mounting pressure to step down after the report of the Superior Court of Accounts and Administrative Litigation (CSA/CA) into programmes and projects funded by the PetroCaribe, an oil alliance of many Caribbean states with Venezuela to purchase oil on conditions of preferential payment, was released.

Earlier this week, the state filed a complaint with the Public Prosecutor’s Office of Port-au-Prince against those persons implicated in the PetroCaribe scandal, based on the report of the CSA/CA.

Moise said when he was running the company he was neither president, a government employee nor a presidential candidate.

The company, in a statement earlier this week, reacted to the report pointing to errors and requested that the authorities “make the necessary corrections in order to dispel any doubts and misinterpretations that could harm the image of the company”.

During his address, Moise, who described himself as a child of a farmer, said he was being targeted because he declared corruption to be a problem in Haiti.

But in an immediate response, attorney Andre Michel, a leading opposition figure, tweeted that Moise’s speech was a “provocation”.