CARICOM to send delegation to Haiti 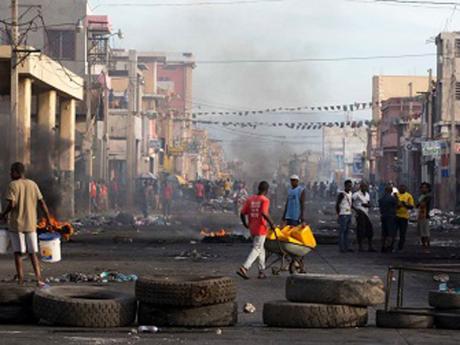 CASTRIES, St Lucia, CMC – The Caribbean Community (CARICOM) has agreed to send a prime ministerial delegation to Haiti where opposition forces are seeking to remove President Jovenel Moise from office over allegations of embezzlement.

“We discussed that issue and what we said is that we will have a high-level delegation, comprising prime ministers who will go to Haiti on a fact-finding mission,” Antigua and Barbuda Prime Minister Gaston Browne told the Caribbean Media Corporation (CMC).

Browne said that the regional leaders, who are meeting in St Lucia for their annual summit, expressed concern about the developments unfolding in the French-speaking CARICOM country.

“We are concerned about the escalation of violence in Haiti and CARICOM will be going there to find out what the situation is on the ground and at the same time to come up with recommendations to resolve the issues amicably,” he said.

Browne said that it is likely that the mission would include the St Lucia Prime Minister Allen Chastanet, the CARICOM chairman, as well as the prime ministers of Jamaica and the Bahamas.

“Those are the three that would have volunteered so far,” adding that the date would most likely be set “mutually between the government of Haiti and the CARICOM team”.

Moise, who attended the ceremonial opening the 40th CARICOM summit on Wednesday night, has already returned to his homeland.

He is reported to have held talks with United Nations Secretary-General Antonio Guterres, who addressed the regional leaders.

The opposition parties in Haiti have accused Moise of embezzlement, but the head of state rejected the allegations.